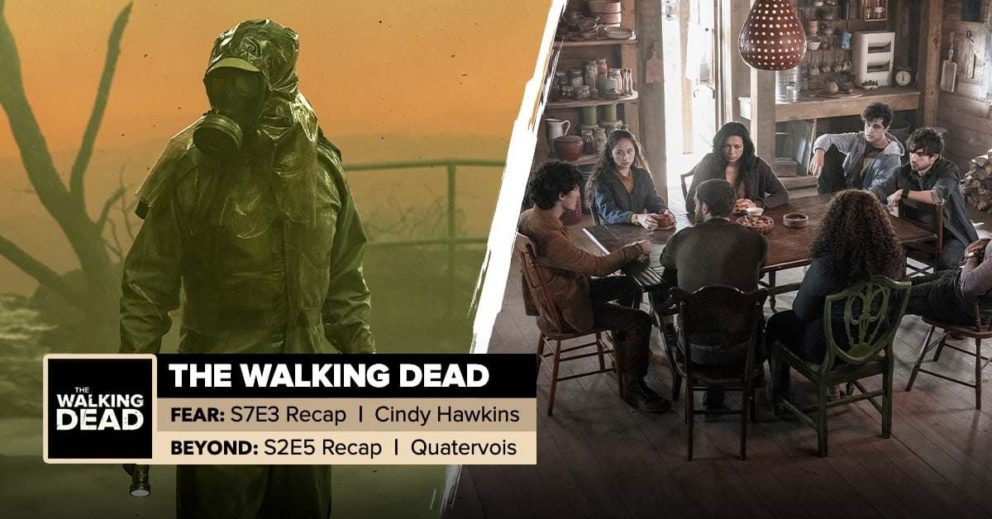 It’s been a long week in their respective bunkers, and Jess (@HaymakerHattie), Chappell (@Chappells_show) & Josh (@roundhoward) aren’t sure if what they just watched was real or not, so they’re getting together to try and piece it all together. They’ll start with “Fear the Walking Dead” and ponder why the Walking Dead universe is so obsessed with garbage bunkers, whether there’s dry cleaning post-apocalypse, and if all roads on Fear will lead to the tower. As they segue into “The Walking Dead: World Beyond,” they’ll discuss who the weak links in the gang’s escape plan are, who wears the corduroy best, and whether there are any shows left that can deliver more than 10 episodes’ worth of story in a single season. They’ll finish up by determining which show won the week and complaining some more about being served another Robert Patrick twist.

This show contains mild spoilers for the “Walking Dead” flagship as well as Grey’s Anatomy, The Wizard of Oz, Game of Death, and the Harry Potter franchise.