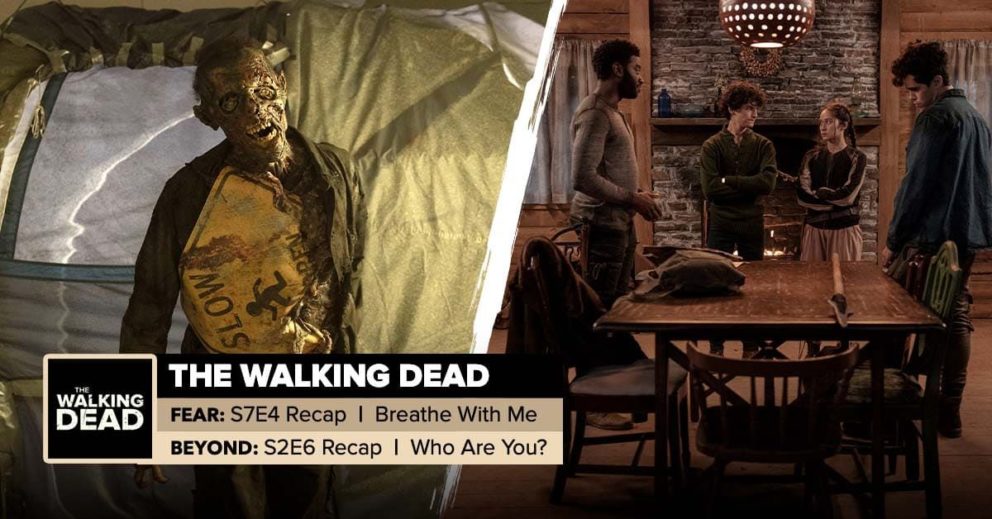 Also, an entire year ago, Chappell spent an episode of FTWDWB constantly referring to a character who did not actually appear in the FTWD canon until THIS WEEK! How is that possible? Jess has the receipts and we’ll try to figure out if this is a strange mistake in the show bible, Scott Gimple’s conscious tribute to Fear the Walking Dead’s favorite podcasters, or if Chappell is actually a time traveler.

Fear the Walking Dead World Beyond, October 13, 2020: Listen to Chappell refer to a specific character who does not appear until this week at 20:52.

This episode does not, to our knowledge, spoil upcoming episodes of either Fear or World Beyond. However, it does contain spoilers for Dr. Strangelove, Planet of the Apes, Willy Wonka and the Chocolate Factory, The Princess Bride, Friends, The Shawshank Redemption, Ocean’s 11, The Room, and The Wonder Years.