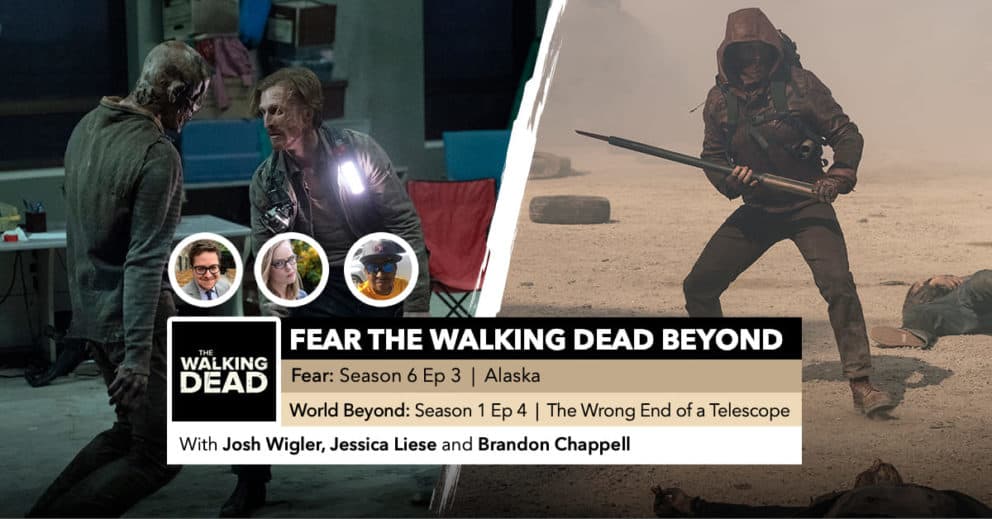 Josh Wigler (@roundhoward), Jess Liese (@HaymakerHattie) and Brandon Chappell (@Chappels_Show) voyage forward into the zombie apocalypse, on two different fronts: “Fear the Walking Dead” season six and “The Walking Dead: World Beyond” season one. Each week, they discuss brand new episodes from both “Walking Dead” spinoffs, charting the journeys of Morgan and friends as well as the Endlings.
In week three, the trio begins with “Fear” (at the 7:00 mark), braving plague-ridden rats in a climb toward love! Dwight and Al both have their hearts on their sleeves in this one, and guest what? So do the podcasters! They like “Fear the Walking Dead,” believe it or not!
Can the same be said for “The Walking Dead: World Beyond,” however? Maybe, maybe not. Listen in at the 30:00 mark for full steam ahead conversation about the Endling’s rambling journey toward New York (GET MORE SPECIFIC PEOPLE), the trek through high school memory lane, and much more.