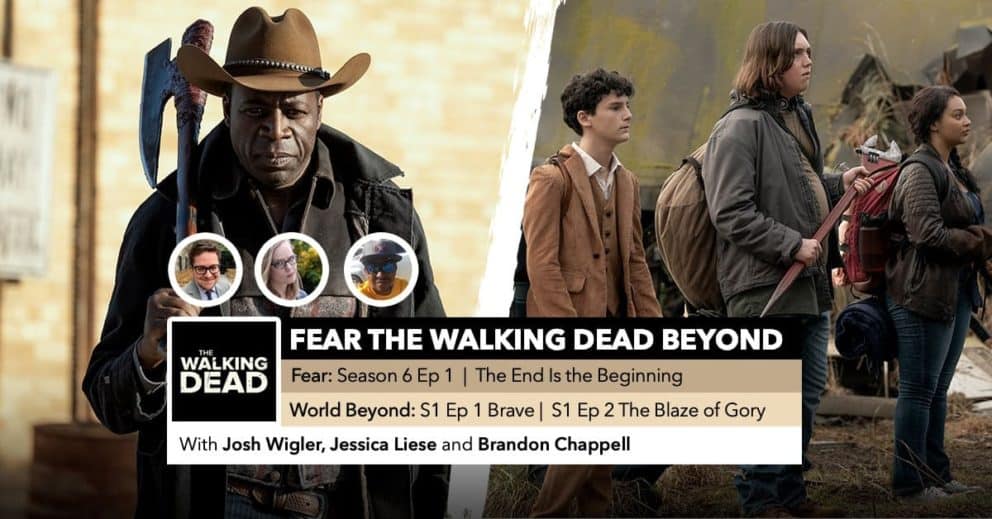 Josh Wigler (@roundhoward) and Jess Liese (@HaymakerHattie) voyage forward into the zombie apocalypse, on two different fronts: “Fear the Walking Dead” season six and “The Walking Dead: World Beyond” season one. Each week, they discuss brand new episodes from both “Walking Dead” spinoffs, charting the journeys of Morgan and friends as well as the Endlings.
This week, Josh and Jess welcome the legendary Chappell (@Chappels_Show) to join them in week one, in which they talk about the season six premiere of “Fear” and the first two episodes of “World Beyond.”