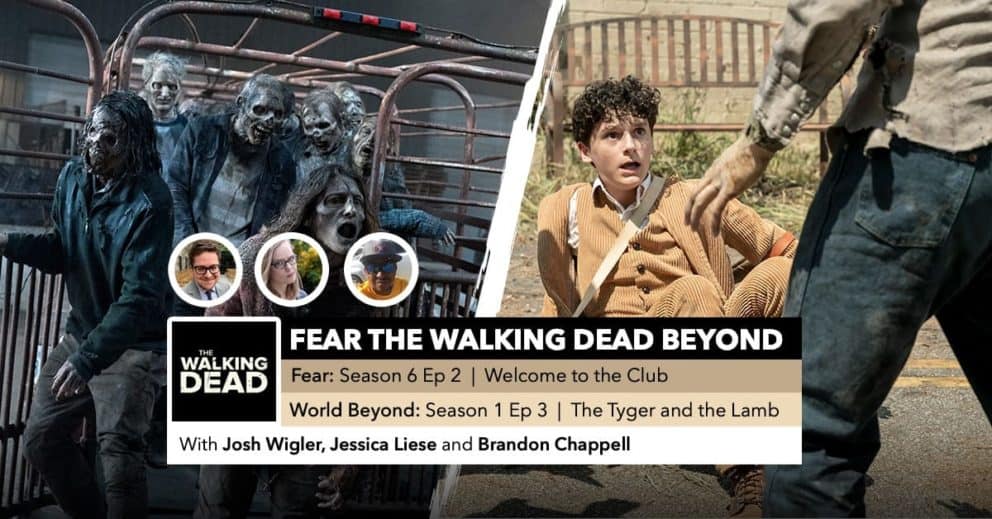 Josh Wigler (@roundhoward), Jess Liese (@HaymakerHattie) and Brandon Chappell (@Chappels_Show) voyage forward into the zombie apocalypse, on two different fronts: “Fear the Walking Dead” season six and “The Walking Dead: World Beyond” season one. Each week, they discuss brand new episodes from both “Walking Dead” spinoffs, charting the journeys of Morgan and friends as well as the Endlings.
In week two, the trio begins with “World Beyond” (at the 4:20 mark), weighing in on how the young kids at the heart of the apocalypse fared against the B.O.G., with more than a few questions for the villain lovingly known on this podcast as “The Governess.”
Then, it’s full steam ahead into “Fear the Walking Dead” (at the 30:00 mark), with a lot of talk about the Victor Strand heel turn, the rise and fall of Sanjay, what’s up with Daniel Salazar, and more.