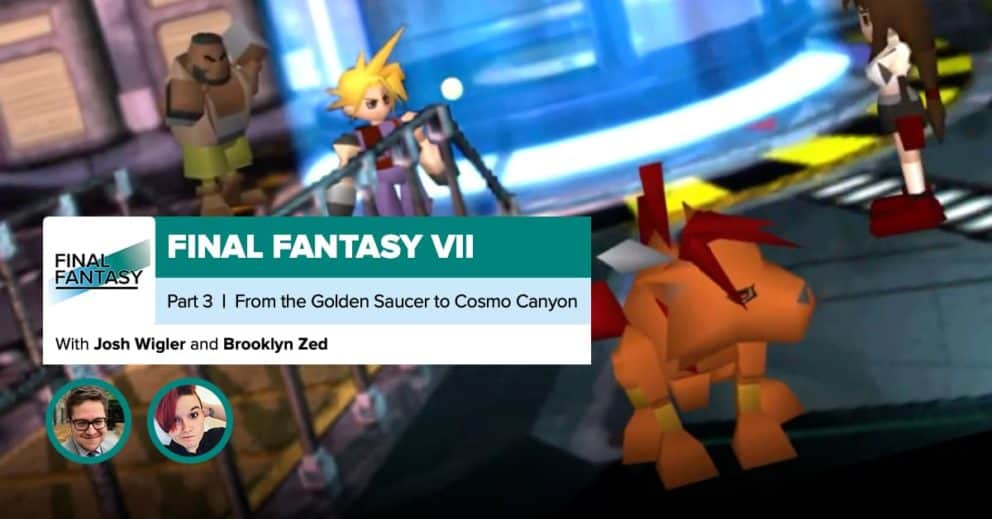 In this week’s podcast, Josh and Zed dive deep into two different characters: Barret Wallace, leader of AVALANCHE; and Red XIII, a fire-tailed, four-legged enigma of a creature. Both of these party members step into the spotlight as Josh and Zed visit them on their home turf: the destitute town of North Corel (and, by extension, the glowing Gold Saucer theme park), and the spiritual destination known as Cosmo Canyon.