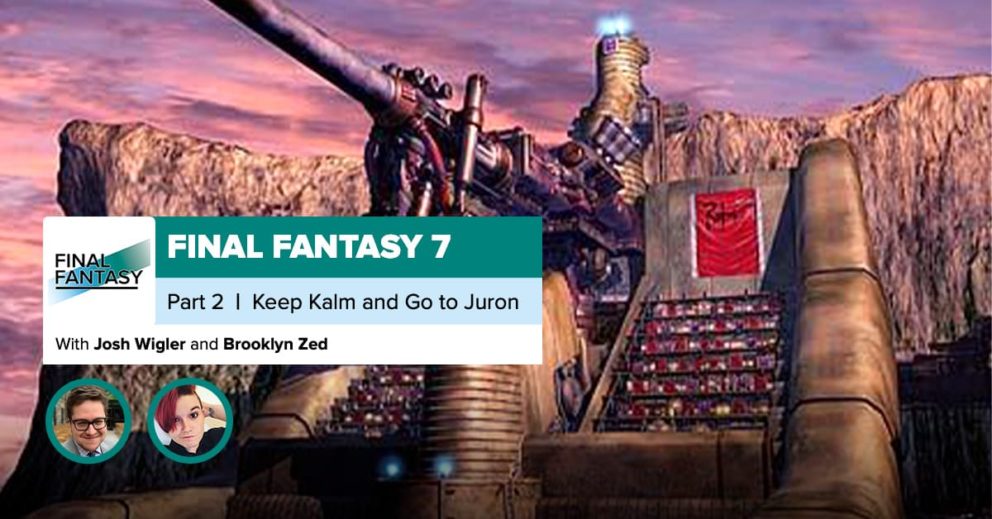 In this week’s podcast, Josh and Zed explore the world map. Now that they are free from Midgar, Zed is learning all about Cloud and his bitter rivalry with Sephiroth, a former member of SOLDIER who has become a deadly crusader in his own right. Cloud’s travels take him from the small town of Kalm to the large port city of Junon; along the way, he has a chance to make a new friend, protect some condors, and ride on top of a sea creature named Mr. Dolphin. It’s a lot.