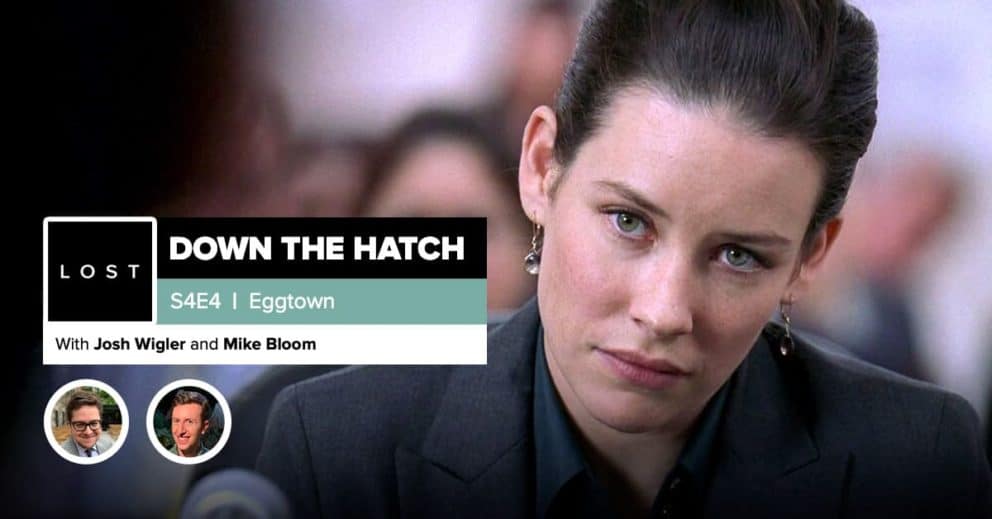 Josh Wigler (@roundhoward) and Mike Bloom (@AMikeBloomType) are walking on eggshells as they discuss the first ever Kate Austen flash-forward episode.

In the strangely named “Eggtown,” Kate explores the Barracks for answers about her past, and in the future, she’s … well, answering for her past. Meanwhile, John Locke struggles with leadership, as well as with breakfast. All the while, all the way back at the beach, Jack and Juliet learn things with the freighters are not all as they seem.