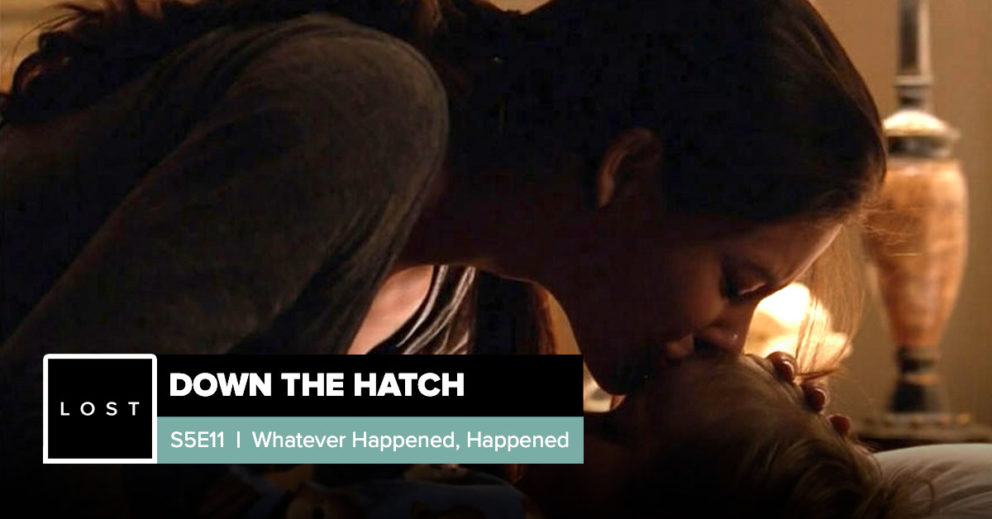 Lost: Down the Hatch | Season 5 Episode 11: ‘Whatever Happened, Happened’

Josh Wigler (@roundhoward) and Mike Bloom (@AMikeBloomType) openly weep as they talk about LOST season five, episode 11, “Whatever Happened, Happened.”
In “Whatever Happened, Happened,” Kate Austen rushes to right some wrongs in the past as well as in the present. But which is the past, and which is the present? That’s a separate debate for two different characters altogether, as time-travel and morality come front and center.