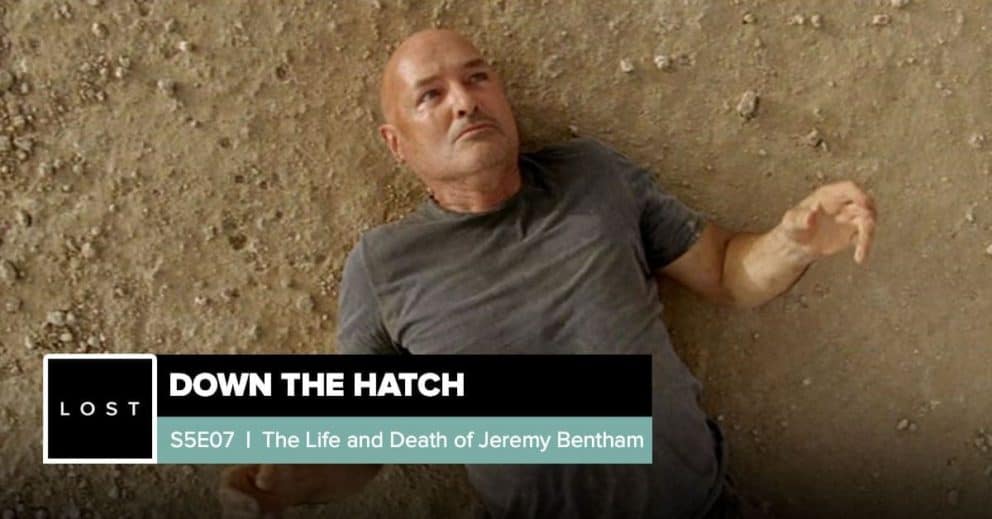 Lost: Down the Hatch | Season 5 Episode 7: ‘The Life and Death of Jeremy Bentham’

This week on LOST: Down the Hatch, Josh Wigler (@roundhoward) and Mike Bloom (@AMikeBloomType) cover “The Life and Death of Jeremy Bentham,” the seventh episode of LOST season five.

Before diving into this week’s podcast, we want to deliver the following content warning.

“The Life and Death of Jeremy Bentham” is a heavy episode of LOST, and therefore this is a heavy episode of the podcast. Topics of conversation include depression, anxiety, suicide, and more, drawing from the show as well as from personal examples. If these topics are triggering for you, you may want to skip this week’s episode.

Josh’s Recommended “Nuclear Option” Season 5 Viewing Order:
• “Because You Left” through “This Place is Death”
• “LaFleur”
• “316”
• “Namaste,” “He’s Our You,” “Whatever Happened Happened”
• “The Life and Death of Jeremy Bentham”
• “Dead is Dead” through “The Incident”