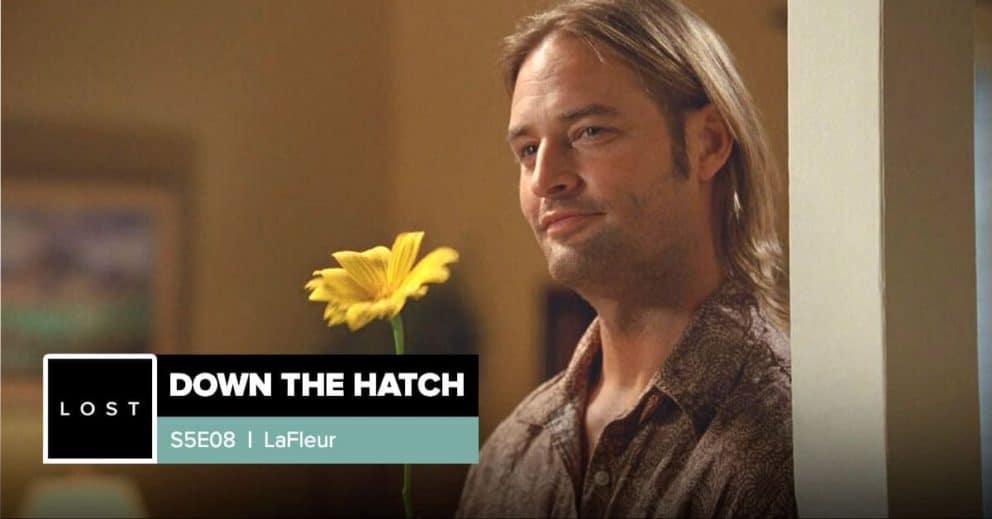 Who has your back? We do! This week on LOST: Down the Hatch, Josh Wigler (@roundhoward) and Mike Bloom (@AMikeBloomType) cover “LaFleur,” the eighth episode of season five.
In “LaFleur,” we finally find out what happened to Sawyer, Juliet, Miles, Jin and Faraday in the three years after the Oceanix Six left the island. It’s one of the most celebrated episodes of all of LOST, let alone season five. Does it live up to the hype? Follow Josh and Mike as they search the DHARMA days for answers.