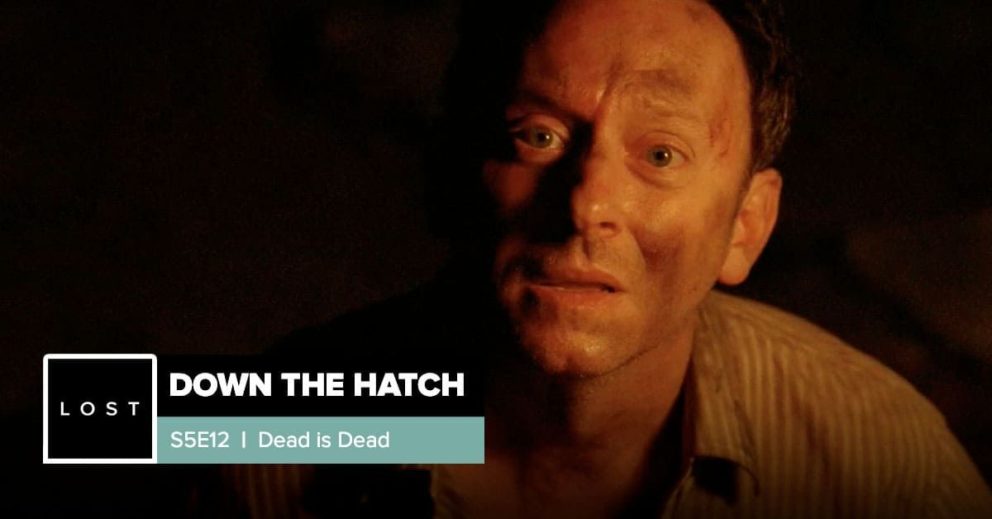 Josh Wigler (@roundhoward) and Mike Bloom (@AMikeBloomType) seek judgment as they talk about LOST season five, episode 12, “Dead is Dead.”
In “Dead is Dead,” Benjamin Linus searches for the Smoke Monster. Little does he know, it’s already found him. The big season five twist looms large over this episode, making it one of the most enjoyable to revisit on a rewatch. Josh and Mike explain why, and also test the Down the Hatch censors in the process.