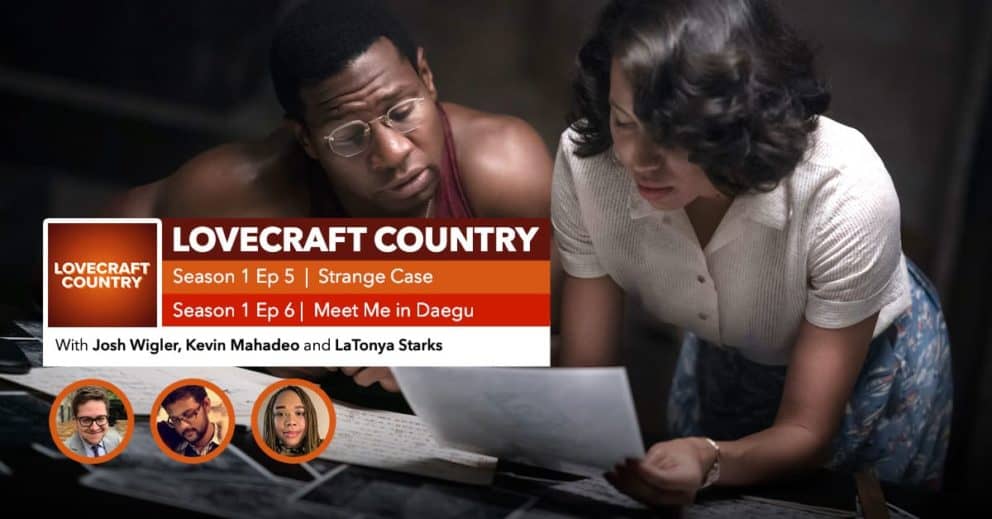 Kevin Mahadeo (@KevMahadeo), LaTonya Starks (@lkstarks) and Josh Wigler (@roundhoward) are back after a one-week hiatus, with takes on the past two weeks of “Lovecraft Country.”

In this double-recap, the podcasting trio covers both “Strange Case” and “Meet Me in Daegu,” two of the best episodes of the season thus far — at least, in Kevin, LaTonya and Josh’s estimation. Tune in for the episode analysis, stick around for the body horror nightmare fuel.

Catch up on recent our Lovecraft Country coverage: