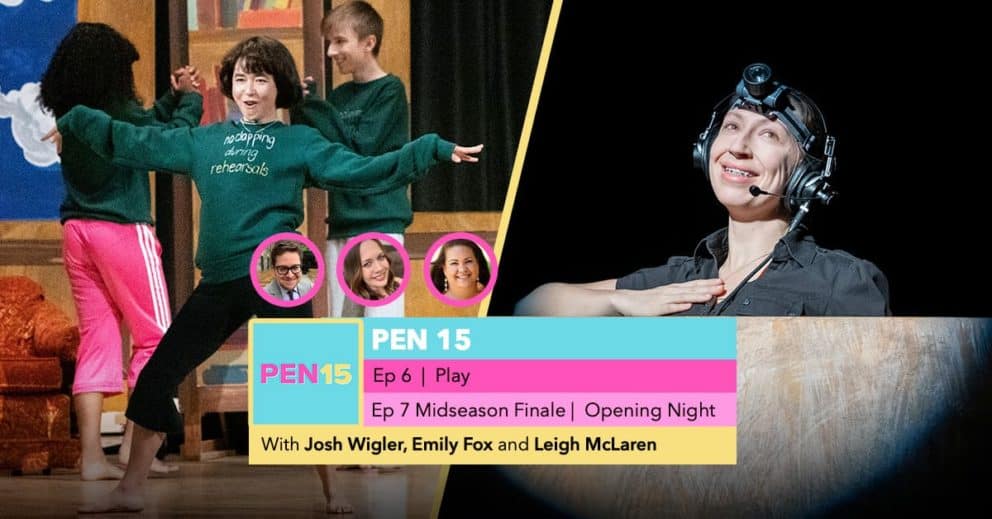 Josh Wigler (@roundhoward) and Emily Fox (@emelette) are heading back to school with Emily’s lifelong best friend Leigh McLaren to talk about Hulu’s “PEN15.”
Created by Maya Erskine and Anna Konkle, “PEN15” stars Erskine and Konkle as 13-year-old best friends Maya Ishii-Peters and Anna Kone as they navigate the highs and lows of middle school in the year 2000. The catch: they are the only adults playing kids; the rest of the kids are played by … well, kids.
The Hulu comedy debuted the first seven episodes of its second season on September 18. The millennial trio of Josh, Emily and Leigh haved the season episode-by-episode over the past few weeks, reliving their own childhood trauma alongside Maya and Anna.
Today: season two, episodes six and seven, “Play” and “Opening Night,” the final two episodes of season two (for now). Josh, Emily and Leigh weigh in on how Anna and Maya leave the season, plus weigh in on their own theatrical experiences over the years.
New episodes post on Sundays. Send feedback to pen15@postshowrecaps.com.