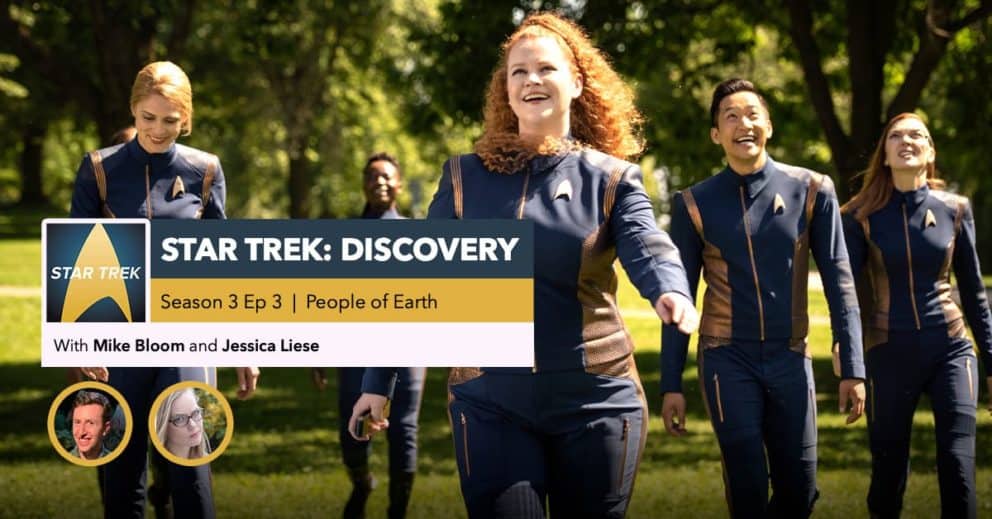 Jessica Liese (@HaymakerHattie) and Mike Bloom (@AMikeBloomType) have unblocked the signal jammer from a pesky 16-year-old to talk about this week’s episode of Star Trek: Discovery.
With the Discovery crew reunited, they make a beeline to Earth. Of course, things have changed majorly in nearly a millennium for the planet, a sobering reminder they’re no longer home. Meanwhile, a new character arrives on board with a surprising twist that will guide the crew through the next part of the season.
Jess and Mike will be bringing recaps of Star Trek: Discovery every weekend throughout season three. For feedback on the episodes, reach out to them or @PostShowRecaps on Twitter or email [email protected].
About Star Trek: Discovery…
After following Commander Burnham into the wormhole in the second season finale, season three of Star Trek: Discovery finds the crew of the U.S.S. Discovery landing in an unknown future far from the home they once knew. Now living in a time filled with uncertainty, the U.S.S. Discovery crew, along with the help of some new friends, must work together to restore hope to the Federation.