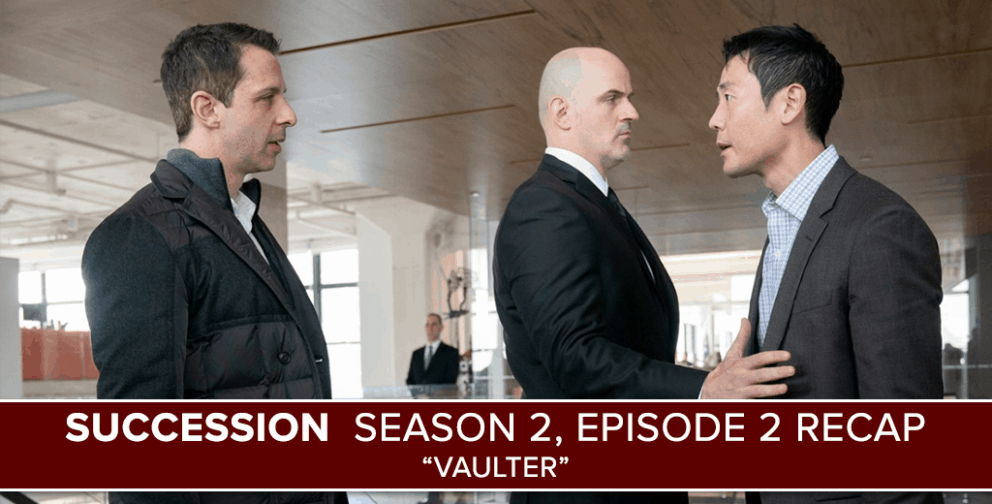 Josh Wigler (@roundhoward) and Emily Fox (@emelette) break down Succession season two, episode two, “Vaulter.” They podcast not because their dads told them to, but because they genuinely want to do it for reasons they cannot explain — like a kid taking candy from a candy store, or a grown adult stealing a pack of batteries from a bodega for no reason other than… well, he can?
In “Vaulter,” the HBO drama continues dragging Kendall Roy into darkness, as his father Logan forces him to shutter a beloved project. Kendall surprises both his father and the audience alike with the ruthlessness in which he executes the command, proving once again that there’s nothing he isn’t willing to do on behalf of dear old dad. It’s a bleak display of power, one that even the wicked Roman Roy couldn’t quite enact, his best efforts to impress his dad notwithstanding. Meanwhile, Shiv Roy decides to go all in on the plan to succeed her father, dropping out of Gil Eavis’ presidential campaign in big, barn-burning fashion. Bonus: Cousin Greg identifies his moral code and gets a brand new apartment.
Josh and Emily break down the events of the episode and field feedback from listeners of the podcast about the episode. Their next podcast will recap season two, episode three, “Hunting.” Send in questions and comments for that show by reaching out on Twitter @roundhoward, @emelette, and  @PostShowRecaps.