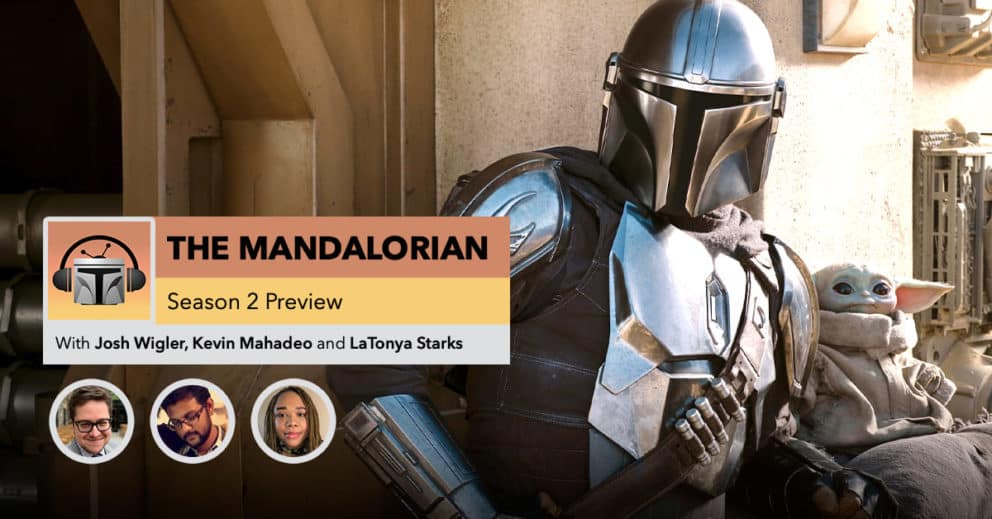 Looking for “The Mandalorian” podcast coverage? This is the way! Josh Wigler (@roundhoward) and Kevin Mahadeo (@kevmahadeo) talk about “The Mandalorian,” the Disney+ TV series about the bounty hunter known as Mando and his young friend technically known as The Child but more popularly known as Baby Yoda. LaTonya Starks (@lkstarks) will also be along for the ride as soon as she escapes from the Galactic Empire’s captivity.
In the first podcast, Josh and Kevin recount their Star Wars experiences: how they both first encountered the franchise, their evolving feelings about the galaxy far far away, and why they are so enamored with “The Mandalorian.” They will be back on November 2 with their recap of the first season two episode, with weekly recaps following every Monday.
Join the Post Show Recaps Patreon at the Discord level to watch the final two episodes of “Mandalorian” season one with Wigler on Wednesday, Oct. 28 at 8PM.
Watch these “Star Wars: Clone Wars” + “Star Wars: Rebels” episodes to know more about “The Mandalorian” lore, courtesy of Post Show Recaps patron katakuri:

The Infinity Saga in Review | A Marvel Cinematic Universe Rewatch