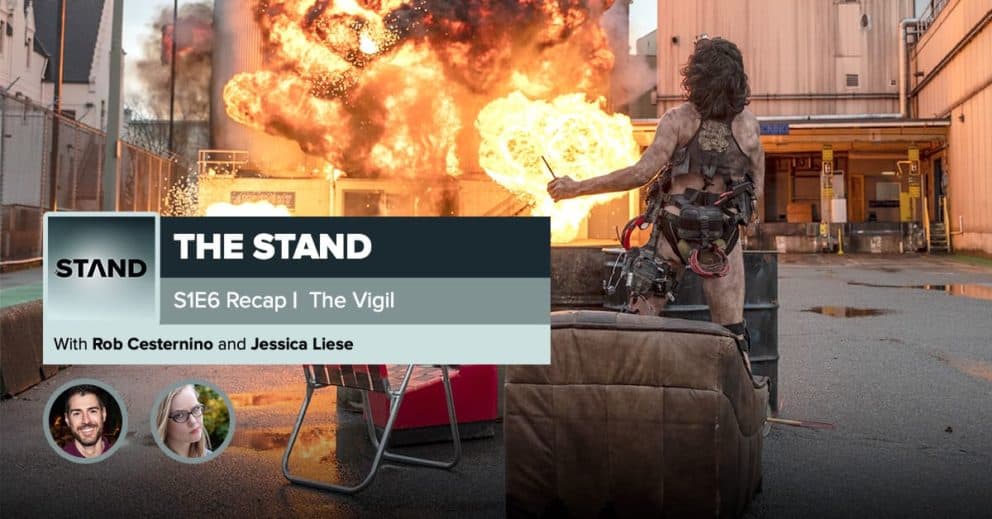 Was this episode a total blast or a total trash fire? Or could it be both? On this week’s “The Stand” podcast, Rob Cesternino (@robcesternino)) and Jessica Liese (@HaymakerHattie) talk about the weird production-related reasons it might have taken the series six episodes to introduce Trashcan Man, what Flagg should have done with Harold instead of his actual plan, whether Flagg is losing control of his subjects, how the series attempted to patch a few of Stephen King’s plot holes, and what exactly it is that Lloyd is doing for Flagg.