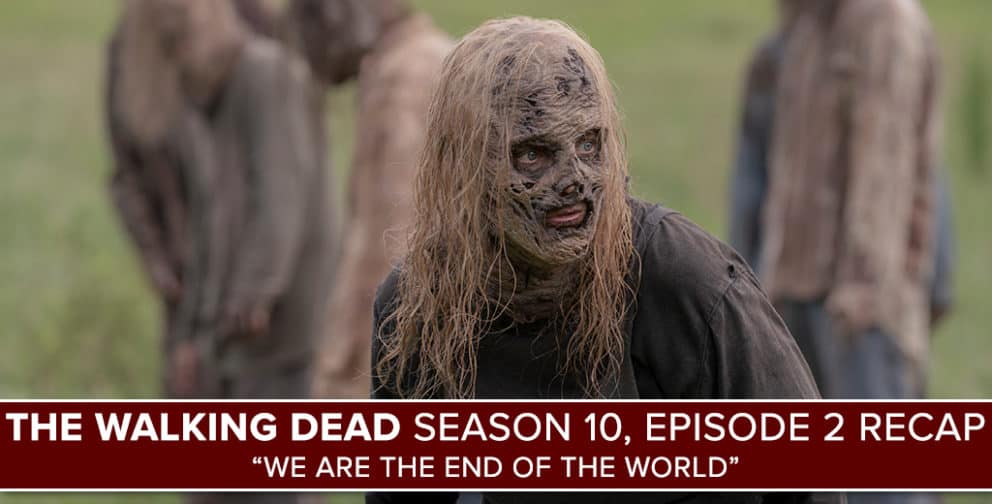 Directed by Greg Nicotero and written by Nicole Mirante-Matthews, “We Are the End of the World” kicks the AMC zombie drama’s tenth season into its second hour, with the spotlight firmly on Alpha (Samantha Morton), Beta (Ryan Hurst) and the rest of the Whisperer clan. The episode takes place across two points in time: Alpha and Beta’s first meeting seven years ago, and their current circumstances as the tensions between the Whisperers and Alexandrians start heating up once again.

In the past, Alpha and Lydia meet Beta while seeking shelter from a herd of walkers — a herd that just fully, disturbingly eviscerated a poor woman, in one of the series’ grossest deaths in recent memory. In the present, Alpha contends with discord within her own camp, in the form of the Whisperer whose baby fell into the hands of the Hilltop last season. Enter: Thora Birch as the woman’s fellow whispering sister, who earns the name “Gamma,” and steps up as a big power player within the feral community.

Josh and Jess dig into all of those storylines and more, engage in listener feedback, and dive into the spoiler-filled comic book zone as well. Comic book spoilers kick in around the 47 minute mark.