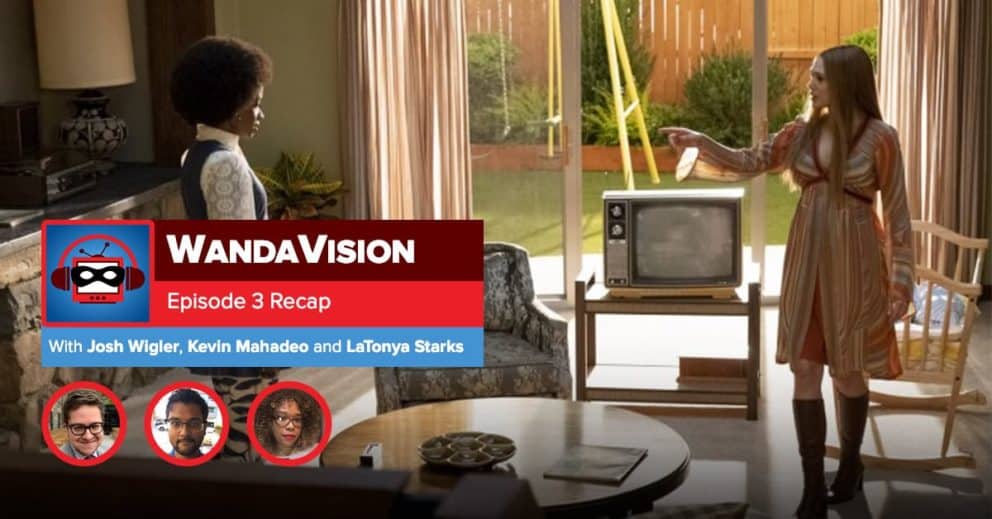 This week: Josh, Kevin and LaTonya cover the third episode of “WandaVision,” in which Wanda and Vision become proud parents. What’s the deal with Billy and Tommy? The trio get into the characters’ comic book backstory and much more.

Next week: “WandaVision” episode four! Josh, Kevin and LaTonya will be here every Monday recapping the series, so make sure to follow along.

WandaVision: Season 1 Episode 1 + 2 Recap | Everything is Super
Subscribe to
PostShowRecaps.com