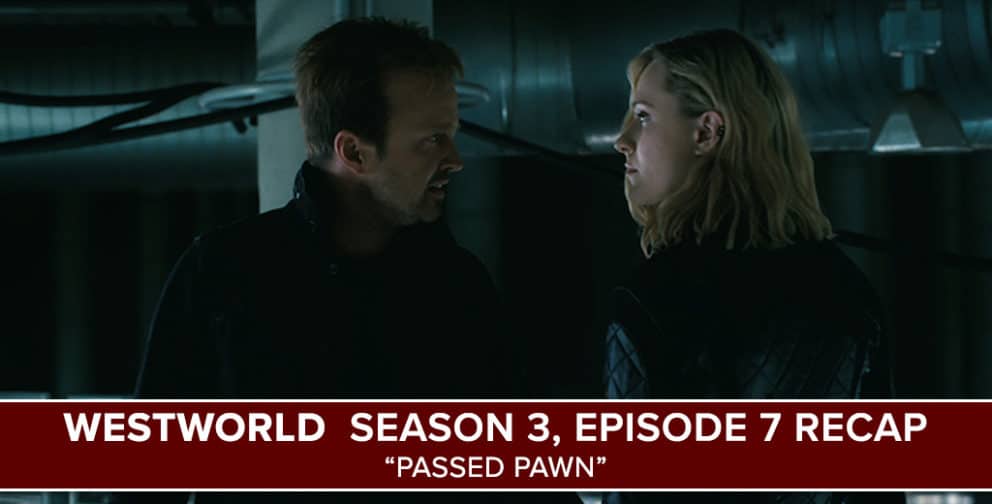 In “Passed Pawn,” Caleb Nichols’ (Aaron Paul) true purpose stands revealed, as he learns a lot more about himself than he bargained for. Meanwhile, Dolores (Evan Rachel Wood) puts the pieces in play for her endgame plans against humanity, with very little in the way to stop her — very little, of course, save for Maeve (Thandie Newton). Plus, William (Ed Harris) has an epiphany, and it’s bad news for Bernard (Jeffrey Wright) and Stubbs (Luke Hemsworth).

Josh and Jo will be back next week to talk about the season three finale. Check out THR.com/Westworld for all of Josh’s Hollywood Reporter coverage of the series, including interviews with creators Jonathan Nolan and Lisa Joy, star Thandie Newton, and more.