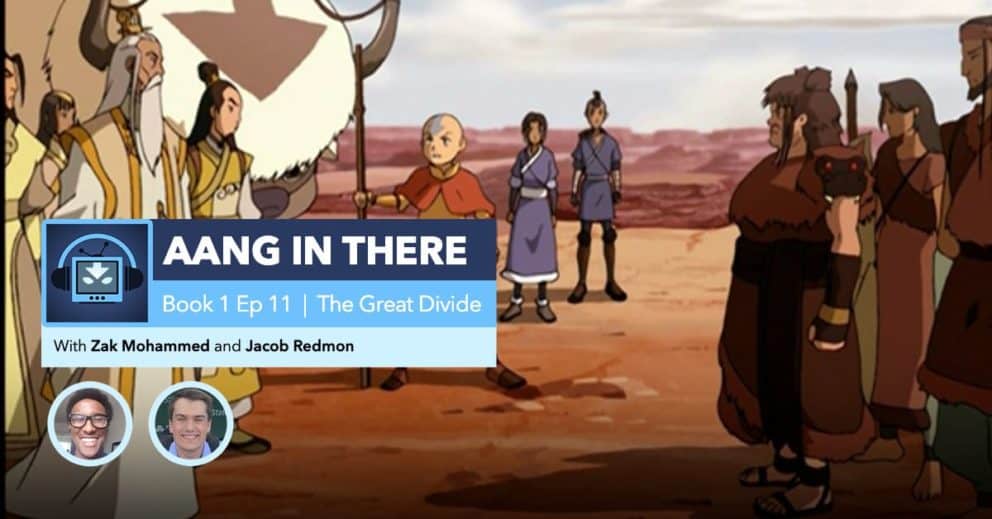 AANG IN THERE | Avatar: The Last Airbender Book 1, Episode 11: “The Great Divide”

Zak, Jacob and Aman muzzle and mount canyon crawlers in season 1 episode 11 “The Great Divide”. First they get into Amans history with the show before diving into the recap. There they discuss party reservations, the bourgeoisie Zhangs vs the proletariat Gan Jins, egg custard tarts, and much more. Then they go through listener feedback, rank the episode and sort the 4 main Glee characters into bending types.

“The Great Divide” was directed by Giancarlo Volpe and written by John O’Bryan. It originally aired May 13th, 2006.