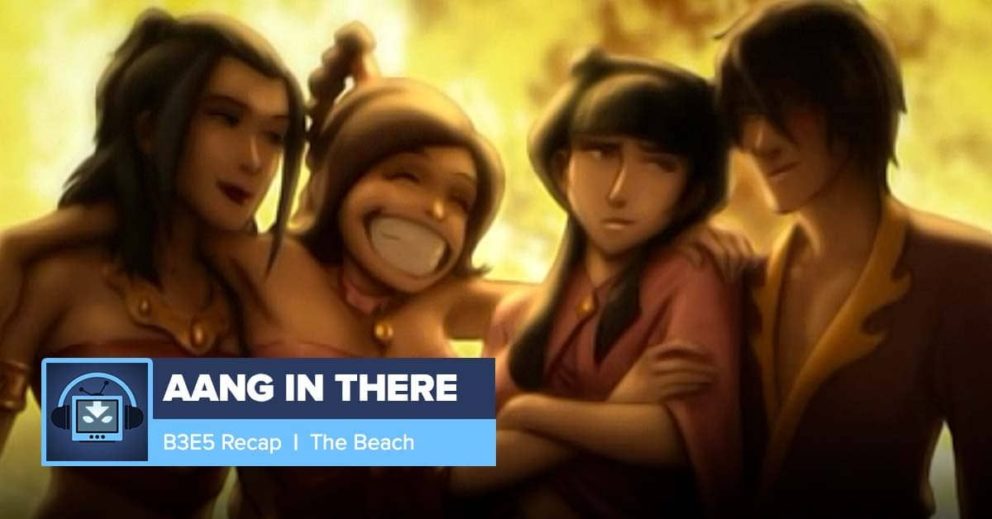 AANG IN THERE: Book 3 Episode 5: The Beach

Zak Mohamed (@Zakmohamed32) and Jacob Redmon (@jkredmon) take a trip to relax on the beach as they recap episode 4 of season 3 of Avatar: The Last Airbender! They are joined by special guests Dan and Sara as they discuss the best type of vacations, Ty Lee’s fan club, and much more. They rank the episode and talk through the Battle Rankings. Plus, they do a Tea Quartet of the 4 people on the podcast and Sara knocks out the long awaited Golden Girls Quartet!