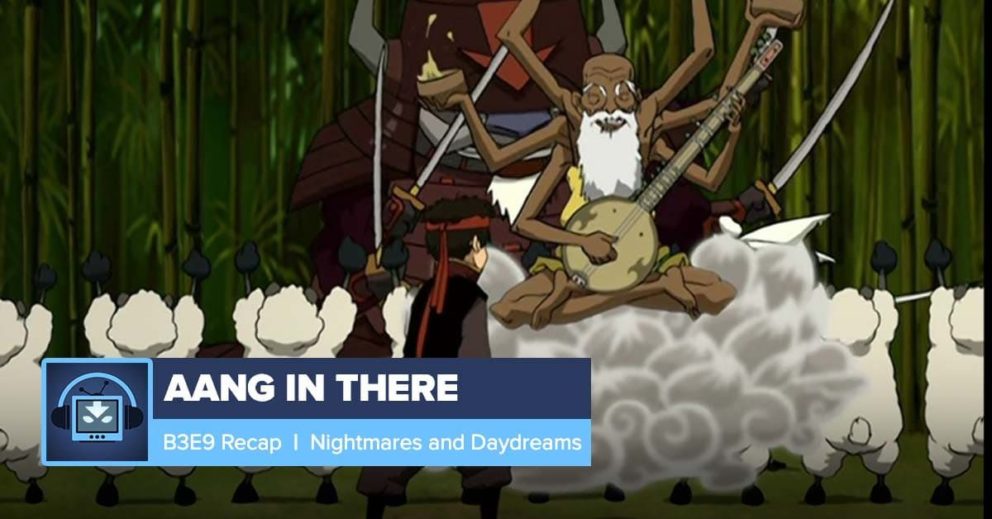 AANG IN THERE: Book 3 Episode 9: Nightmares and Daydreams

Zak Mohamed (@Zakmohamed32) and Jacob Redmon (@jkredmon) are joined by special guest Naomi Calhoun! They talk about their disdain for the city of Boston, weird dreams they’ve been having, and much more as they discuss season 3 episode 9 of Avatar: The Last Airbender! They then rank the episode, battle, and discuss listener feedback!