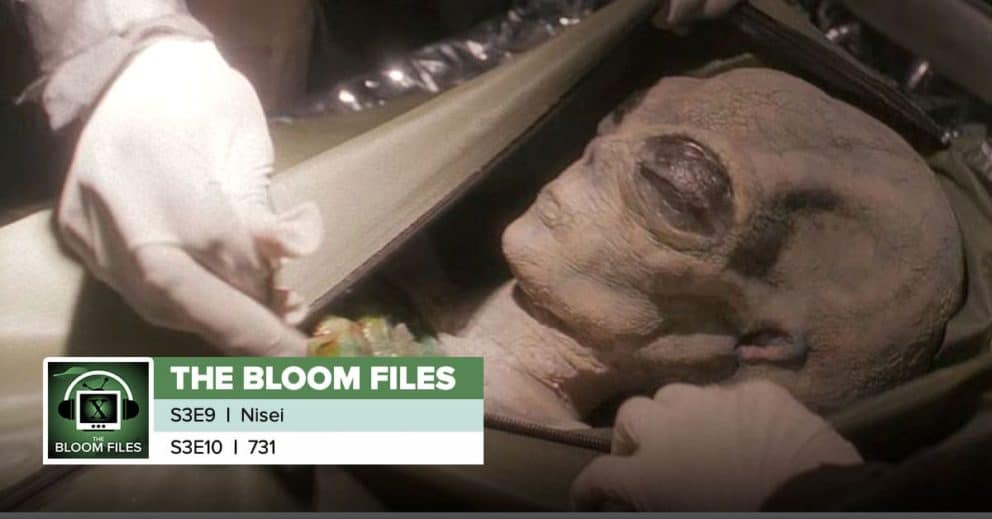 Mike (@AMikeBloomType) and Angela Bloom (@angpalaggi) get onboard the train as things go off the rails on The X-Files. “Nisei” and “731” are yet another game-changer for the series, featuring some international intrigue, impressive stunts, and some of its darkest material yet.

Next week “The Bloom Files” will be covering Season 3, Episode 12, “War of the Coprophages,” and Episode 20, “Jose Chung’s From Outer Space.”  Write in your feedback for those episodes to [email protected] or [email protected].

About The Bloom Files…
Married couple Mike and Angela Bloom travel to the FBI basement to crack open The X-Files. Every week, the two cover a single or group of episodes of the influential sci-fi series starring David Duchovny and Gillian Anderson, which Angela has seen many times, but Mike has never. They’ll bring their different perspectives to this first watch/rewatch of Mulder and Scully’s adventures as the podcast goes hopping through the show’s first nine seasons.