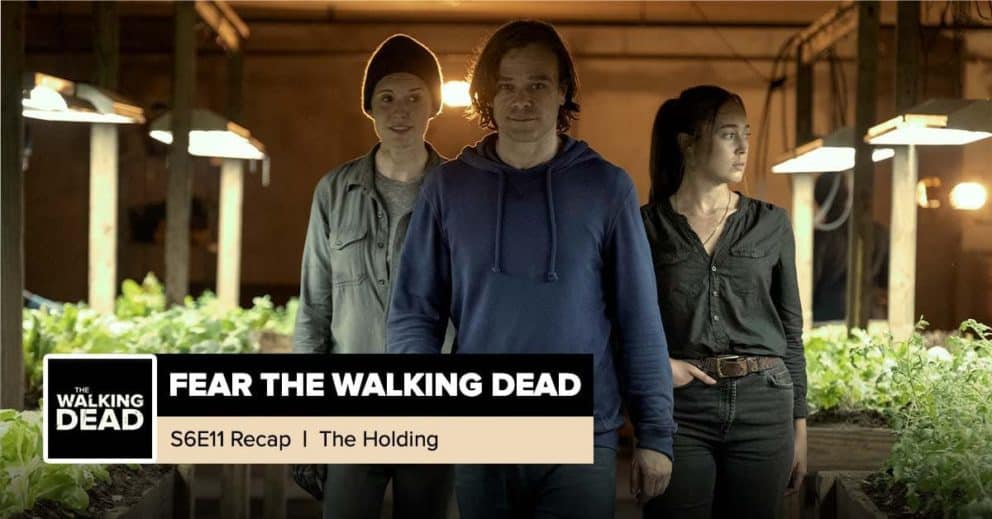 Belly up to the frittata bar and join Jess (@HaymakerHattie) and Chappell (@Chappells_Show) for an in-depth look at “The Holding,” the latest episode (and the latest enemy community) in “Fear the Walking Dead.” They’ll talk about how much weird tree-zombie worship they’d tolerate for a good continental breakfast, try to figure out how much of the compound was destroyed when Alicia burned it down, attempt to suss out the motivation behind that whole embalming thing, try to rank John Glover’s Teddy among villains in the Fear the Walking Dead universe, figure out the best way to reintroduce Madison Clark,. and discuss how they’d handle it if they encountered a friend or relative from the before times in the zombie apocalypse.

This episode does mildly spoil (with plenty of advance warning) a piece of casting news from “Fear the Walking Dead,” as well as “The Walking Dead” proper, “The Walking Dead: World Beyond,” “Game of Thrones,” “The Man Who Would Be King,” and, as always, “Grey’s Anatomy.”