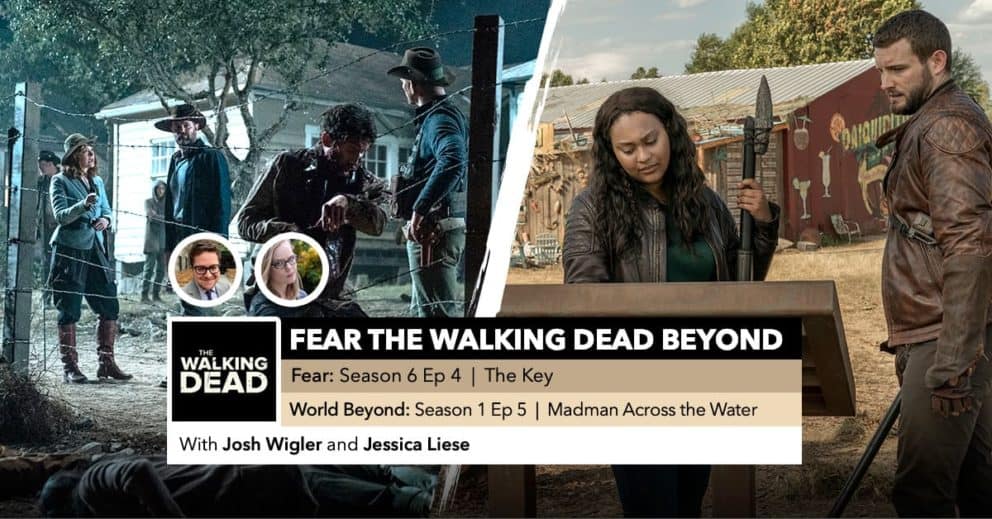 Josh Wigler (@roundhoward), Jess Liese (@HaymakerHattie) and Brandon Chappell (@Chappels_Show) voyage forward into the zombie apocalypse, on two different fronts: “Fear the Walking Dead” season six and “The Walking Dead: World Beyond” season one.
Each week, they discuss brand new episodes from both “Walking Dead” spinoffs, charting the journeys of Morgan and friends as well as the Endlings.
In week four, at the 5:30 mark, we start searching for “The Key,” the fourth episode of “Fear the Walking Dead” season six. It’s Lawton Order week, as John Dorie gets his detective hat on and digs into a murder investigation, all while dealing with a rotten tooth. It’s a metaphor!
Then at the 43:30 mark, it’s all eyes on “The Walking Dead: World Beyond,” and one man in particular: Elton! Everyone’s favorite power-suited endling gets the spotlight this week on “World Beyond,” and the podcast crew is incredibly here for it.