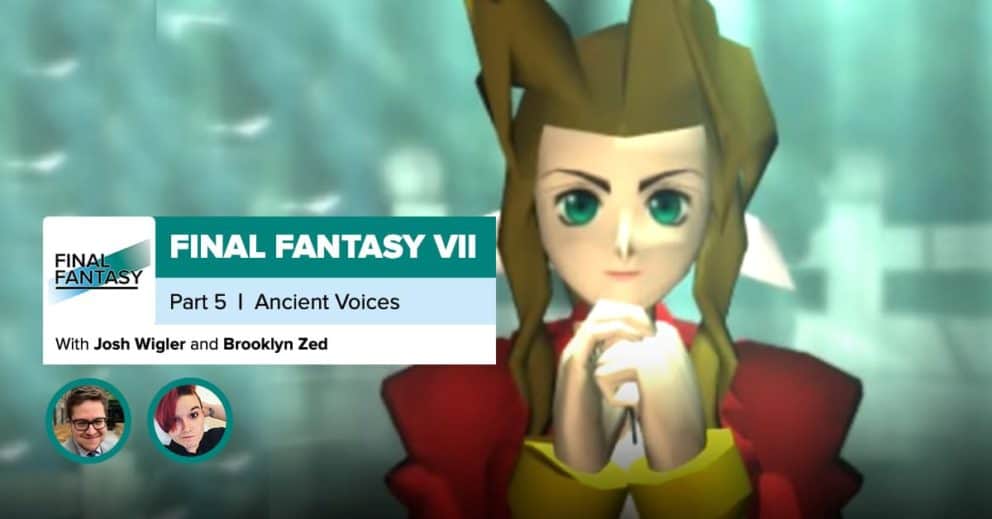 In this week’s podcast, Josh and Zed follow Cloud to the Temple of the Ancients, and beyond, ending with the final events of disc one. Consider this an additional spoiler warning: very important story points from “Final Fantasy VII” are on their way. If the podcast has led you to someday play the game, consider this a point of no return; once you hear about certain developments in this chapter, you’ll never unhear them.