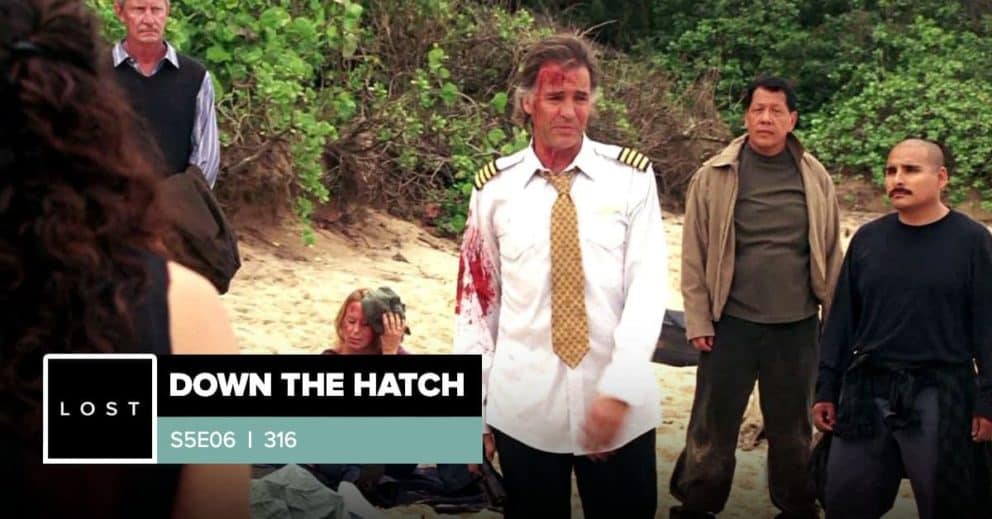 Down the Hatch isn’t going to Guam. In Season 5, Episode 6, “316,” Josh Wigler (@roundhoward) and Mike Bloom (@AMikeBloomType) head back to the island in ridiculous fashion. Join them in this leap of faith through one of the seminal season five episodes all about the Oceanic 6 returning to the island.

Josh’s Recommended “Nuclear Option” Season 5 Viewing Order:
• “Because You Left” through “This Place is Death”
• “LaFleur”
• “316”
• “Namaste,” “He’s Our You,” “Whatever Happened Happened”
• “The Life and Death of Jeremy Bentham”
• “Dead is Dead” through “The Incident”