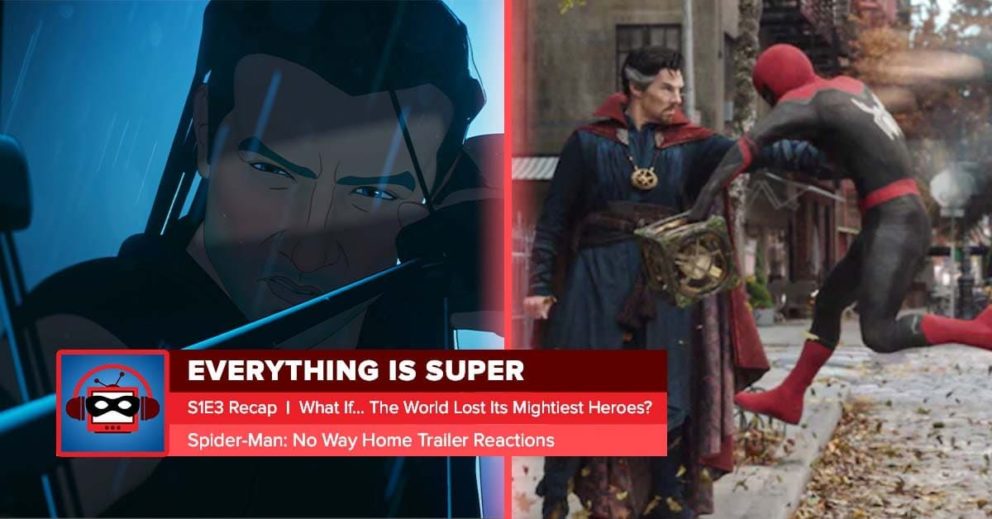 Marvel’s What If? Episode 3 Recap: “What If… the World Lost Its Mightiest Heroes?” + ‘Spider-Man: No Way Home’ Trailer Reactions| Everything is Super

This week, Josh returns and gives his takes on Marvel’s What If…? overall and episode 3 specifically, plus, he and Kevin watch and break down the new Spider-Man: No Way Home trailer.

Next week, Josh will return to join Kevin and discuss Episode 4 of Marvel’s What If…? and a preview of Shang-Chi. Get your feedback into [email protected].

Marvel’s What If? Episode 2 Recap: “What If… T’Challa Became a Star-Lord” | Everything is Super

Marvel’s What If? Episode 1 Recap: “What If… Captain Carter Were The First Avenger?” | Everything is Super

Marvel’s What If? Preview | Everything is Super