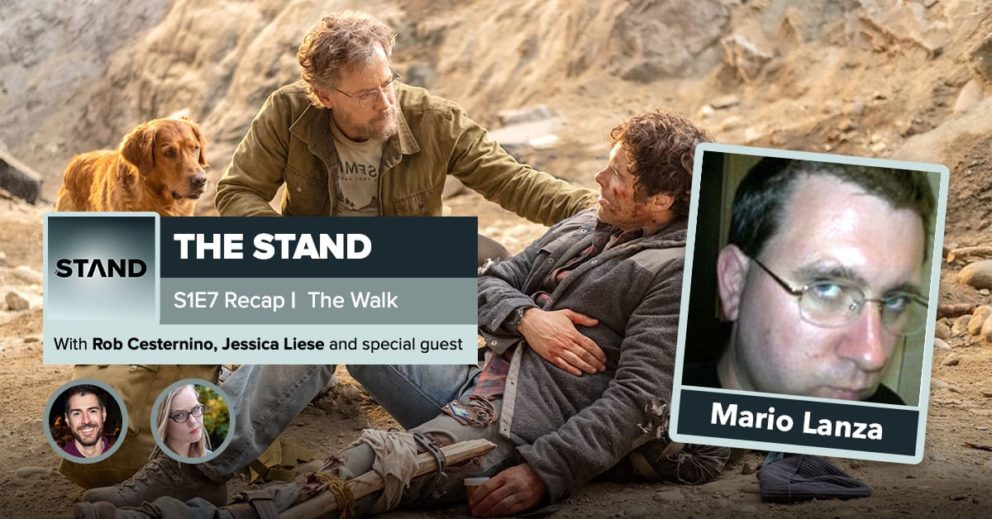 This week, Jess Liese (@HaymakerHattie) and Rob Cesternino (@robcesternino) were ready to finish their journey to Las Vegas, but they were stopped on the road by podcaster, Survivor list-maker, and Stephen King superfan Mario Lanza (@mariojlanza), who brings his fresh takes to the podcast, including who this series was made for, what plot holes it’s improved on compared to the original novel, and which characters were “done dirty” by this adaptation. The three also discuss Episode 7, including the long-anticipated meeting of Nadine and Flagg, the long walk from Boulder, Harold’s motorcycle accident, and wrap up with their best guesses for might happen in the final two episodes of the series.