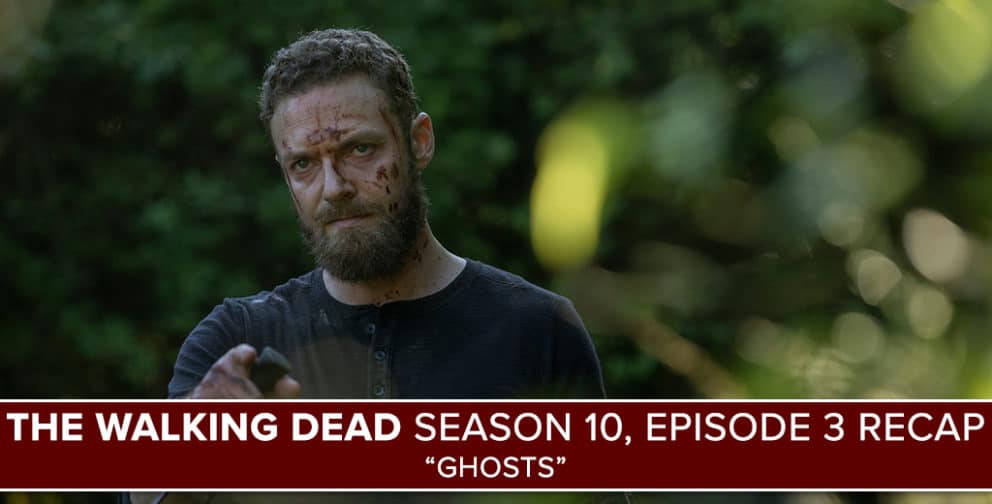 In “Ghosts,” Alexandria comes under relentless assault in the form of a walker herd. A brutal, sleepless 48 hours leaves everyone in full-on panic mode, and leads to the first full-on meeting between the Alexandrians and Whisperers since the infamous heads-on-spikes incident. Indeed, the meeting takes place at the sacred spike site, as Alpha (Samantha Morton) announces new borders for the feuding communities.

Not everyone likes Alpha’s new terms, least of all Carol (Melissa McBride), nursing a justifiable vendetta over the death of her son Henry — who appears in “Ghosts” as, well, a ghost of sorts! Carol goes full Jessica Spano, stays up way too long, and sees some strange hallucinations as a result. The biggest consequence: the death of a Whisperer, which may increase the heat on this developing cold war.

Some stories beyond Carol include: Aaron (Ross Marquand) and his new spike hand going on a mission with Negan (Jeffrey Dean Morgan); a needless falling out between Eugene (Josh McDermitt) and Rosita (Christian Serratos); and some suspicion falling upon poor Siddiq (Avi Nash).

Josh and Jess dig into all of those storylines and more, engage in listener feedback, and dive into the spoiler-filled comic book zone as well. Comic book spoilers kick in around the 1 hour mark.