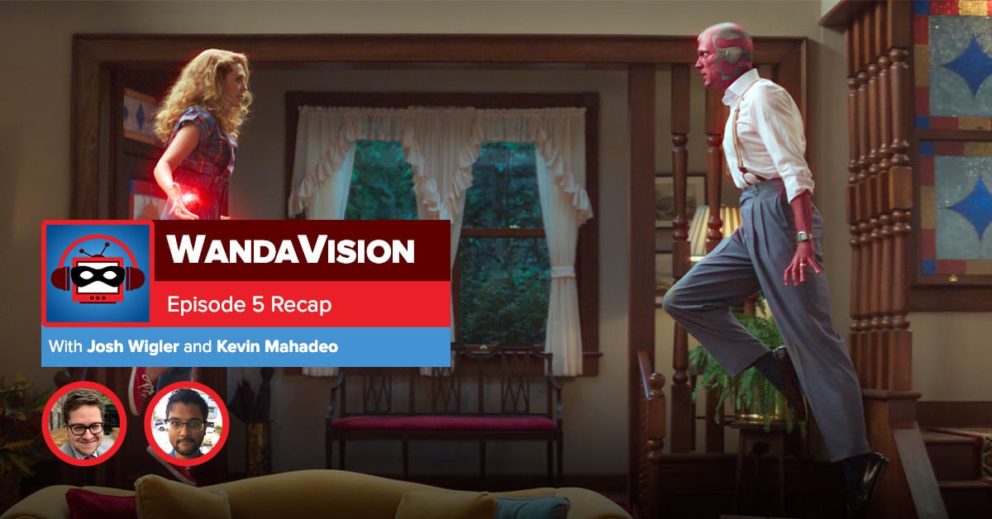 This week: Josh and Kevin actually ARE alone, as LaTonya is unable to join the fun. Josh and Kevin talk about the fifth episode of “WandaVision,” in which a very strange ending could have massive ramifications for the entire Marvel Cinematic Universe. Josh and Kevin get into all of that and much more.

Next week: “WandaVision” episode six! Josh, Kevin and LaTonya will be here every Monday recapping the series, so make sure to follow along.