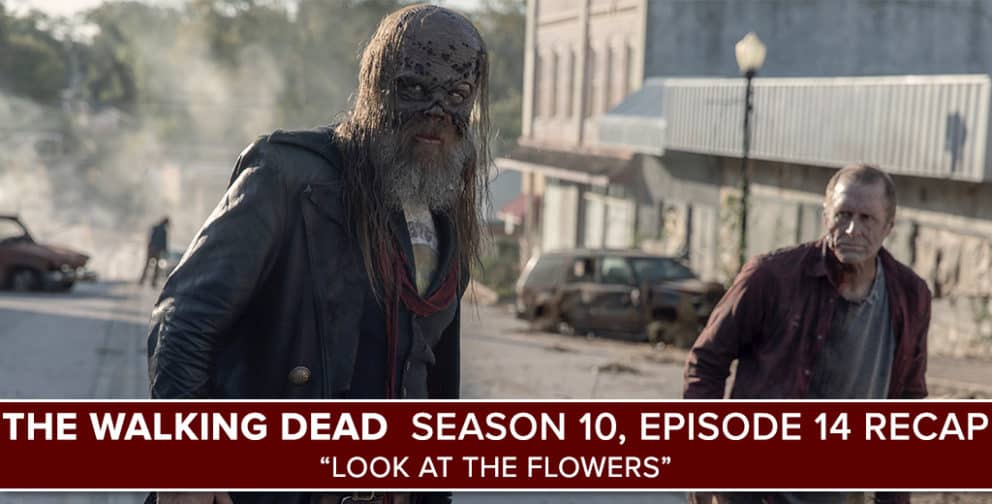 Josh Wigler (@roundhoward) and Jessica Liese (@HaymakerHattie) stuff their heads into burlap sacks to talk all about “Look at the Flowers.”

Following on the deadly events of season ten’s 12th episode, “Look at the Flowers” dives into the aftermath of what went down with Samantha Morton’s Alpha. Various players are dealing with the fallout: Carol (Melissa McBride), Beta (Ryan Hurst), Daryl (Norman Reedus) and Negan (Jeffrey Dean Morgan) specifically. Meanwhile, Eugene (Josh McDermitt) leads Yumiko (Eleanor Matsuura) and Ezekiel (Khary Payton) on a mission, and they encounter a strange new friend along the way — someone Josh and Jess discover in great detail once they hit the spoiler-filled comic book zone.