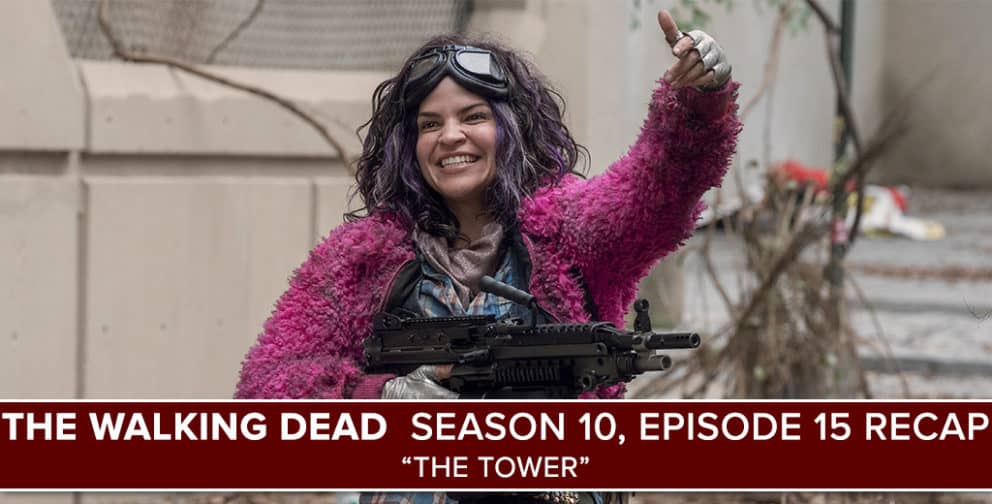 Josh Wigler (@roundhoward) and Jessica Liese (@HaymakerHattie) scale “The Tower,” their final voyage into The Walking Dead universe for the next little while.

Due to the global pandemic, AMC was unable to finish post-production on The Walking Dead season ten, which makes “The Tower” the final episode of the season until further notice. Josh and Jess mark the occasion by bowing at the alter of Princess, a brand new character straight out of the comic books, and sure to irritate a few show-only viewers.

Josh and Jess’ Walking Dead watch may be at an end (for now), but they have another show lined up for podcasting purposes: Killing Eve. Season three premieres on BBC America and on Hulu on April 12, and Josh and Jess will cover all eight episodes of the new year of the serial killer thriller. Make sure to tune into Post Show Recaps so you never miss an episode.