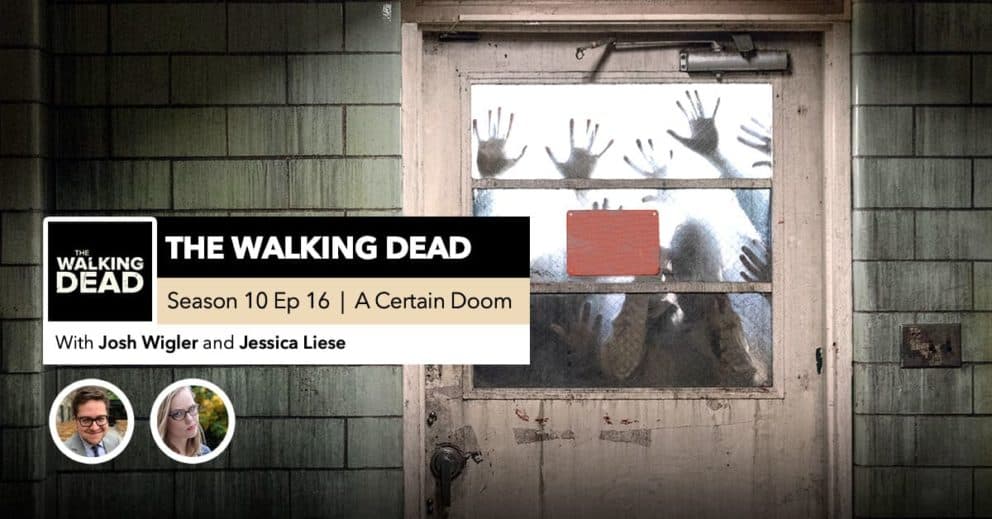 Josh Wigler (@roundhoward) and Jess Liese (@HaymakerHattie) brave the Whisperers one last time in “A Certain Doom,” the season 10 finale of “The Walking Dead.”
At least, it was supposed to be the season 10 finale. Instead, it’s yet another breakpoint in the penultimate season of the AMC zombie drama — and yes, penultimate. For those who have not yet heard the news, there will be six additional season 10 episodes coming in 2021, and then a massive 24-episode final season. Only 30 episodes remain in the flagship “Walking Dead,” and Josh and Jess will be here all along the way.
After “A Certain Doom,” Josh and Jess will continue wading through the zombie trenches with a new limited podcast called “Fear the Walking Dead World Beyond,” in which the duo covers both “Fear the Walking Dead” and “The Walking Dead: World Beyond” every week. Tune in next week for the first episode of that podcast.

Dive deeper into the world of the undead, with these Walking Dead podcasts: