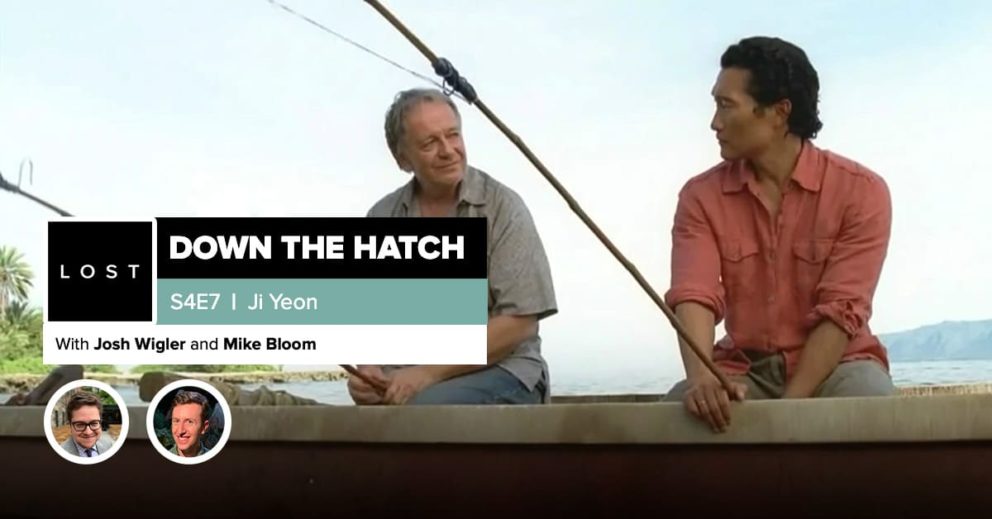 Josh Wigler (@roundhoward) and Mike Bloom (@AMikeBloomType) will not rest until they get the panda bear.

In “Ji Yeon,” Jin and Sun step into the spotlight together for the final time (for a while at least), with a hybrid flashback/flashforward split across time. Does the trick work? Is it a trick at all? Josh and Mike go over the twist and also talk about the developments on the freighter. Did you know there’s a spy on the boat???
About Down the Hatch …