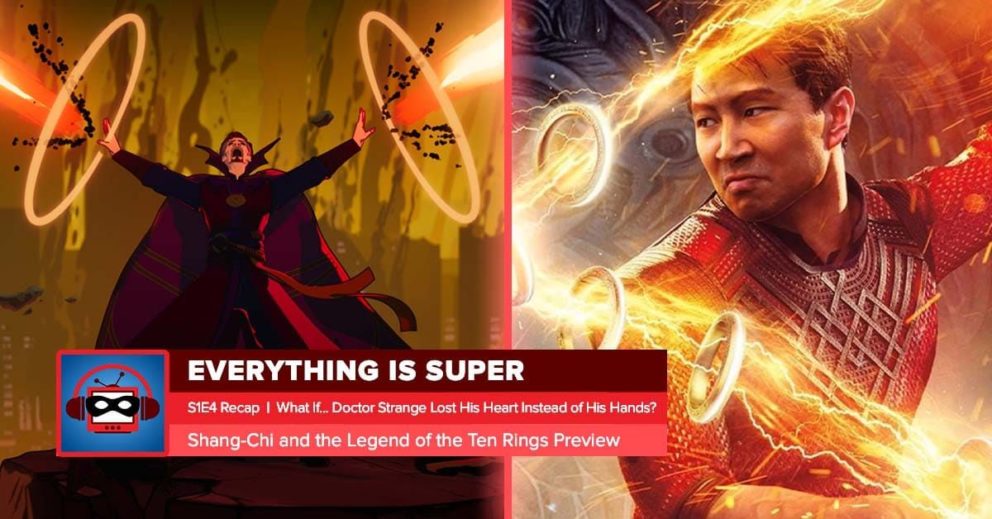 Marvel’s What If? Episode 4 Recap: “What If… Doctor Strange Lost His Heart Instead of His Hands?” + ‘Shang-Chi’ Movie Preview | Everything is Super

This week, Josh and Kevin talk through the latest round of “What If,” and how it frames Doctor Strange as a multiversal menace. Plus, they give some final thoughts on “Shang-Chi” before checking the movie out in theaters.

Next week, Josh will return to join Kevin and discuss Episode 5 of Marvel’s What If…? and a spoiler-filled review of Shang-Chi. Get your feedback into [email protected].