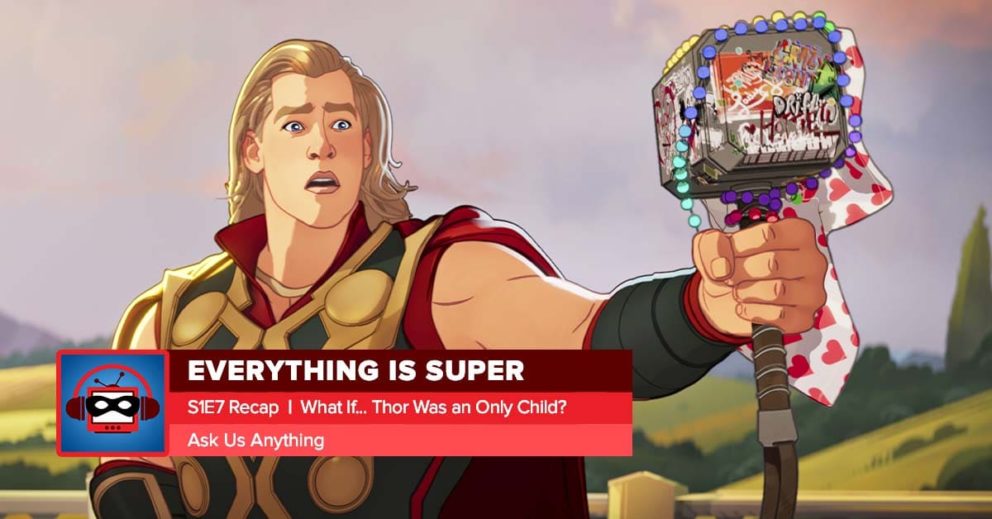 Marvel’s What If? Episode 7 Recap: “What If… Thor Was An Only Child?” + Ask Us Anything | Everything is Super

This week, Josh and Kevin talk through the latest “What If,” and Thor’s rollicking romp through Midgard. Plus, the podcast is live! Josh and Kevin are together in person for the first time in years. It’s wonderful!

Next week, Josh will return to join Kevin and discuss Episode 8 of Marvel’s What If…? and the start of their two-week Venom coverage. Get your feedback into [email protected].