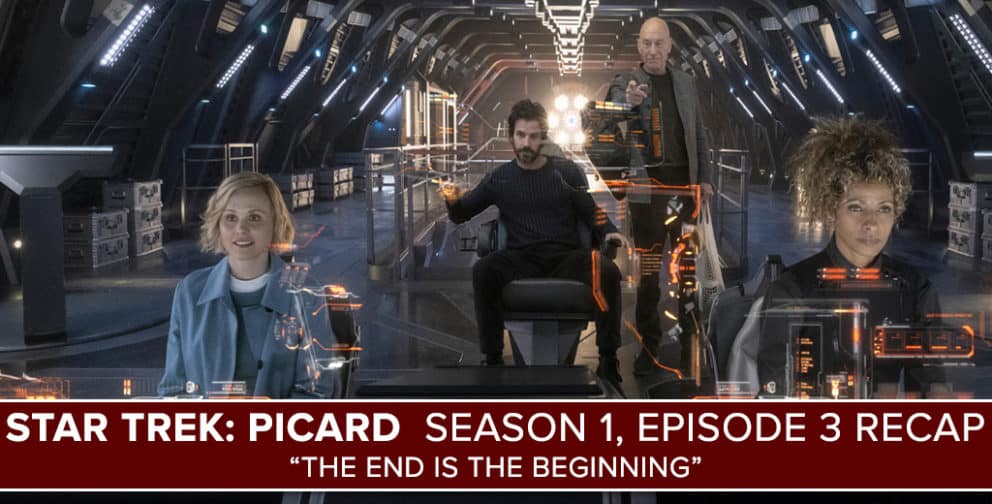 As Jean-Luc Picard has recruited more people to his cause, so have Jessica Liese (@HaymakerHattie) and Mike Bloom (@AMikeBloomType) added special guest Rob Cesternino (@RobCesternino) to their crew!

Diehard TNG Rob gives his thoughts on Star Trek: Picard so far before the trio give their thoughts on “The End is the Beginning.” They get into the new characters introduced in Raffi Musiker and Chris Rios, track Picard’s trip back into space, and try to prognosticate what’s to come without the use of Romulan tarot cards.