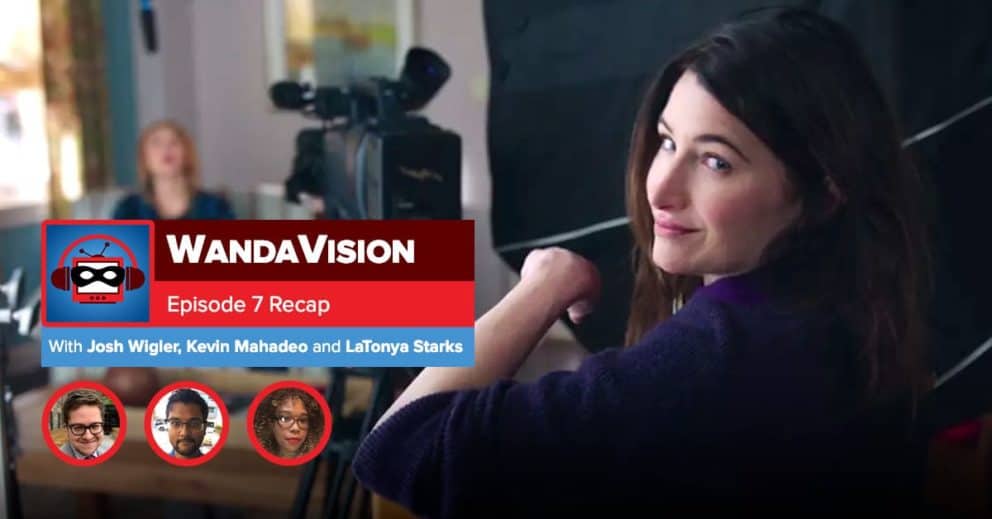 This week: LaTonya returns and the trio travel down into the basement to talk about the big Agnes reveal. Plus, are we all theorizing too much? Maybe! Maybe not! Let’s talk about that, too! A big conversation about all things Westview as the first Disney+ Marvel series moves into its endgame.

Next week: “WandaVision” episode eight! Josh, Kevin and LaTonya will be here every Monday recapping the series, so make sure to follow along.