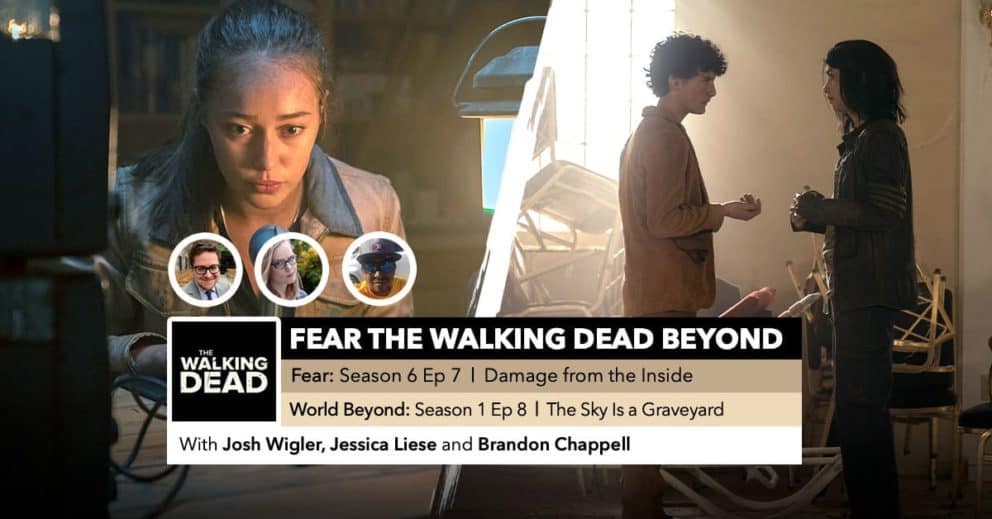 Josh Wigler (@roundhoward), Jess Liese (@HaymakerHattie) and Brandon Chappell (@Chappels_Show) voyage forward into the zombie apocalypse, on two different fronts: “Fear the Walking Dead” season six and “The Walking Dead: World Beyond” season one.
Each week, they discuss brand new episodes from both “Walking Dead” spinoffs, charting the journeys of Morgan and friends as well as the Endlings.
In week seven, the team starts with the midseason finale of “Fear the Walking Dead.” Why do zombies have antlers now, and why are the podcasters talking about the Human Centipede? Fair questions! Josh, Jess and Chappell dig into the events of the episode and also forecast a possible return of a fan-favorite character.
Then at the 45:00 mark, it’s back into “The World Beyond.” Remember what we told you about Huck? Yeah, that’s happening — but there’s a mother of a twist! Josh, Jess and Chappell get into all of that and more, with only one week remaining in the first season of the show.