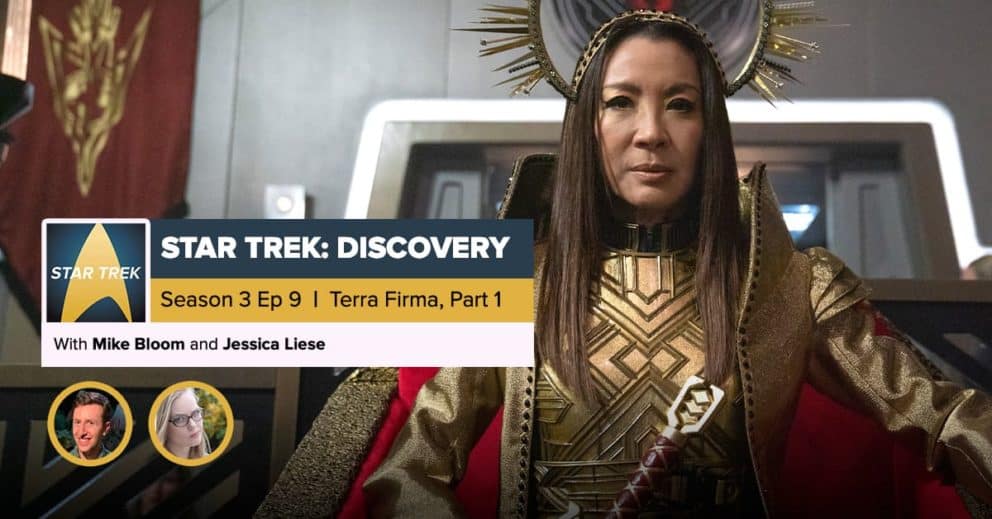 Jessica Liese (@HaymakerHattie) and Mike Bloom (@AMikeBloomType) have walked through the door and sat down at their Mirror Universe microphones to chat about this week’s episode of Star Trek: Discovery.

In “Terra Firma, Part 1,” the crew travel to a remote location to help Philippa Georgiou’s urgent medical condition. But they get more than they bargained for when the “cure” sends her back to a familiar time and place. And now that she’s back as Emperor, the Terran is looking to forge a new path for the future.

Jess and Mike will be bringing recaps of Star Trek: Discovery every weekend throughout season three. For feedback on the episodes, reach out to them or @PostShowRecaps on Twitter or email [email protected].