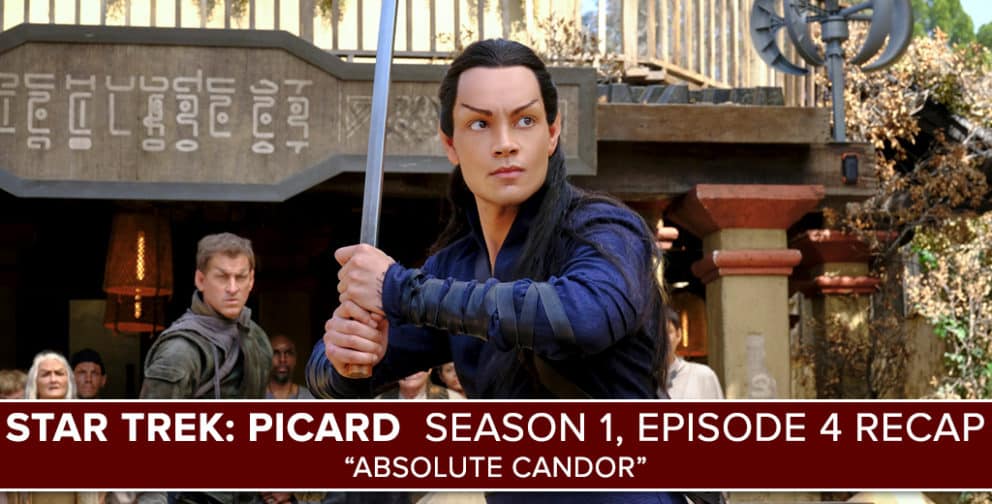 It’s time for Jessica Liese (@HaymakerHattie) and Mike Bloom (@AMikeBloomType) to get to the hard truths on this week’s Star Trek: Picard, hopefully without losing their heads in the process.
The two break down Picard‘s first space-centered episode in “Absolute Candor.” They discuss the introduction of Elnor and his gang of Romulan warrior nuns, sliding around Borg cubes to pass the time, and the return of a very special character to Star Trek.
Jess and Mike will be bringing recaps of Star Trek: Picard every weekend throughout season one. For feedback on the episodes, reach out to them or @PostShowRecaps on Twitter or email [email protected]com.