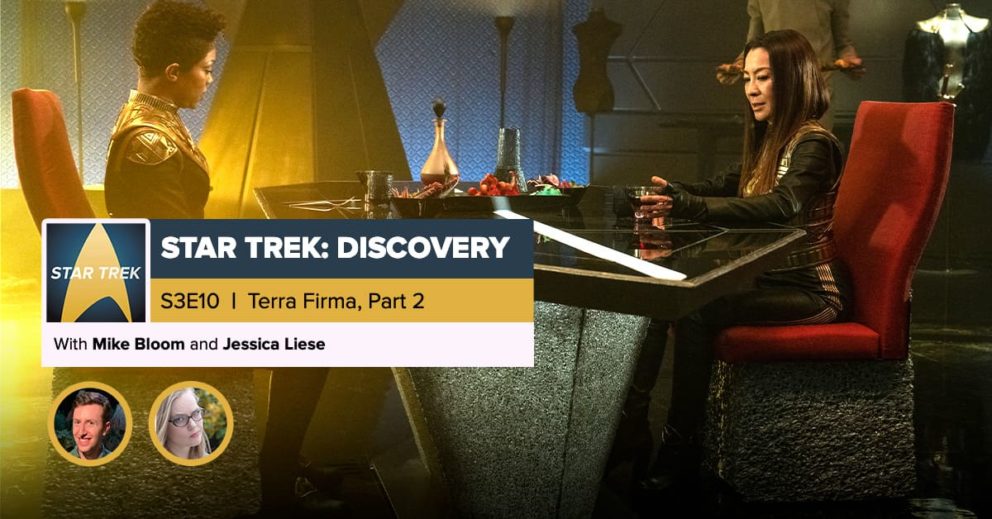 After a week in between, Jessica Liese (@HaymakerHattie) and Mike Bloom (@AMikeBloomType) are closing the door on this week’s Star Trek: Discovery, watching their backs for any mutinies along the way.

“Terra Firma, Part 2” continues from last week’s episode, as Georgiou lives through a pivotal period of time in the Mirror Universe. And though she struggles to keep history from repeating, her actions lead to an unsuspecting outcome that have ramifications on Discovery and beyond.

Jess and Mike will be bringing recaps of Star Trek: Discovery every weekend throughout season three. For feedback on the episodes, reach out to them or @PostShowRecaps on Twitter or email [email protected].