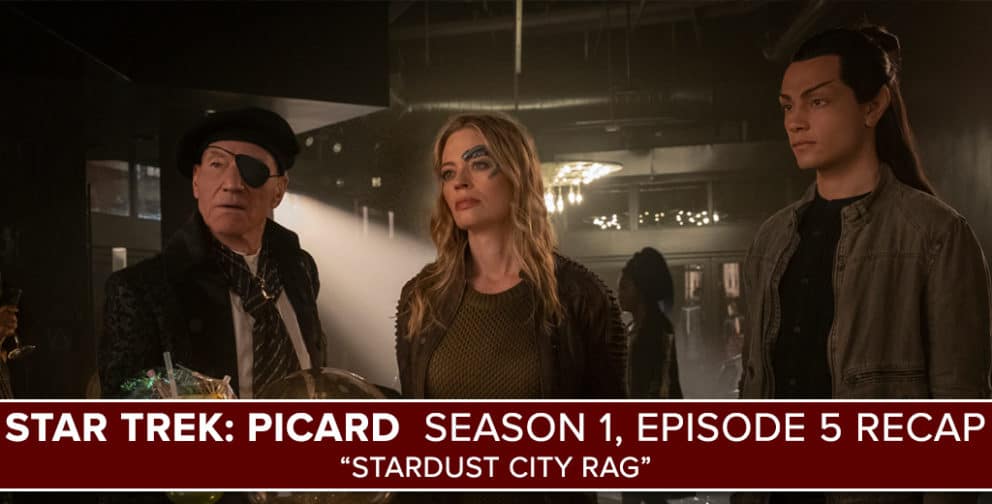 Let Jessica Liese (@HaymakerHattie) and Mike Bloom (@AMikeBloomType) be your interfacers with this week’s Star Trek: Picard, bringing all the action and drama to your ears with a hefty amount of panache.

The two get down and dirty with “Stardust City Rag,” an episode that sees the crew mounting a ramshackle heist to finally get Bruce Maddox in their tow. Seven of Nine and Raffi both address unfinished business in their respective ways. And it all culminates in a twist ending that changes the face of the show to come.
Jess and Mike will be bringing recaps of Star Trek: Picard every weekend throughout season one. For feedback on the episodes, reach out to them or @PostShowRecaps on Twitter or email [email protected]com.