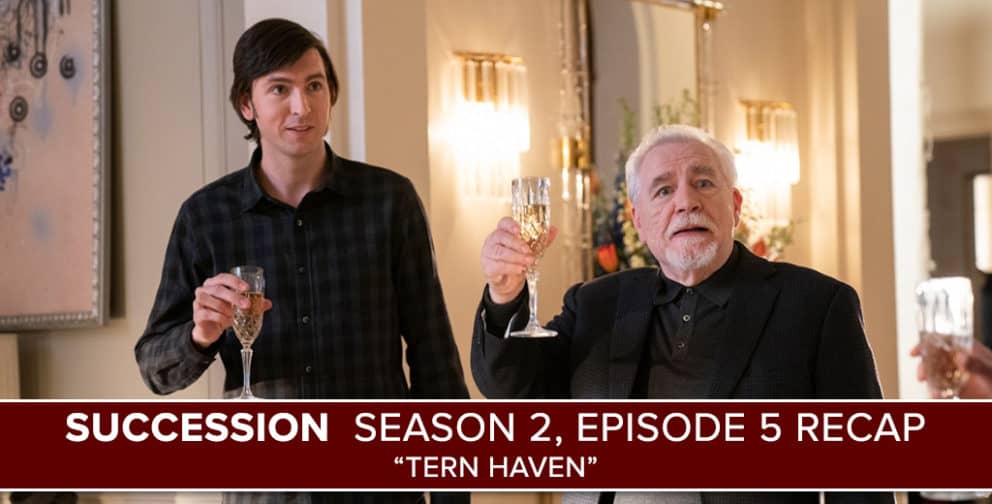 Josh Wigler (@roundhoward) and Emily Fox (@emelette) spend nearly an hour quoting Shakespeare in their recap of Succession season two, episode five, “Tern Haven.” Except not really.
In “Tern Haven,” the Roy family goes toe to toe against the Pierces, the wealthy liberal family who safeguards the media empire Logan (Brian Cox) so desperately covets. Just one problem: the two clans could not be more politically and morally opposed, leading to a series of incredibly awkward encounters between various individuals on both sides of the battlefield. In the end, Logan finds the common denominator between the two houses — money — but not before Shiv (Sarah Snook) makes a declaration with huge ramifications for the rest of the season.
Josh and Emily dig into all of those topics and more on this recap of “Tern Haven,” along with reading listener feedback. Make sure to send your questions and comments in on Twitter for the next recap.
Additional reading from Succession season 2, episode 5:
About Succession …
Created by Jesse Armstrong for HBO, Succession season 2 focuses on the Roy family, rich and powerful monsters with their hands on the wheel of an enormous media empire. Logan Roy (Brian Cox) is the patriarch who built the empire, brick by brick, but in his aging and ailing state, it’s time for him to consider the line of succession. He has four children to choose from, all of whom are problematic for their own litany of reasons: Kendall (Jeremy Strong), Logan’s drug-addicted “number one boy”; Roman (Rory Culkin), a jester in a power suit; Shiv (Sarah Snook), a political animal who is on the fringes of the family business; and Connor (Alan Ruck), the eldest sibling with no apparent appetite for the job. Dark horses like Tom Wamsgans (Matthew Macfadyen) are jockeying for the job, while inside-outsiders like Cousin Greg (Nicholas Bran) want nothing more than to scrape on by as best as they can. But of all the candidates to rule Waystar Royco, there is only one leading candidate in Logan’s decaying mind: himself.
Past Succession podcasts: