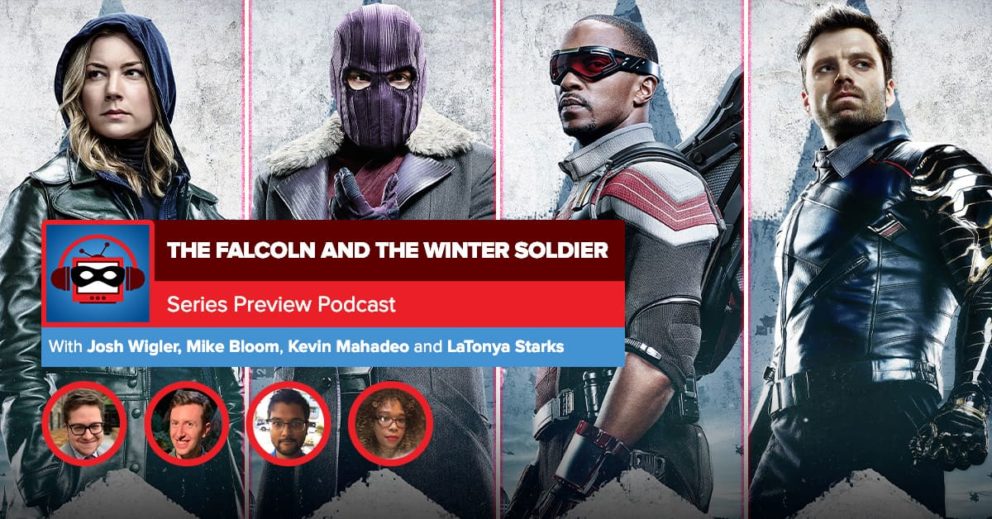 Kevin Mahadeo (@KevMahadeo) moves forward with recaps of “Falcon and the Winter Soldier” on the Everything is Super podcast without his usual partner-in-crime, Josh Wigler (@roundhoward). How’s he going to do it? With help, of course! Kevin is joined once again by LaTonya Starks (@lkstarks) as well as Mike Bloom (@AMikeBloomType) to take on the second Disney+ MCU series.

This week: a farewell and a preview! Kevin, LaTonya and Mike say goodbye to Josh, while all four of them not only give their takes on the new show, but one last look back at “WandaVision.”

Next week: “Falcon and the Winter Soldier” premiere! Kevin, LaTonya and Mike will be here every Monday recapping the new Marvel series, so make sure to follow along.