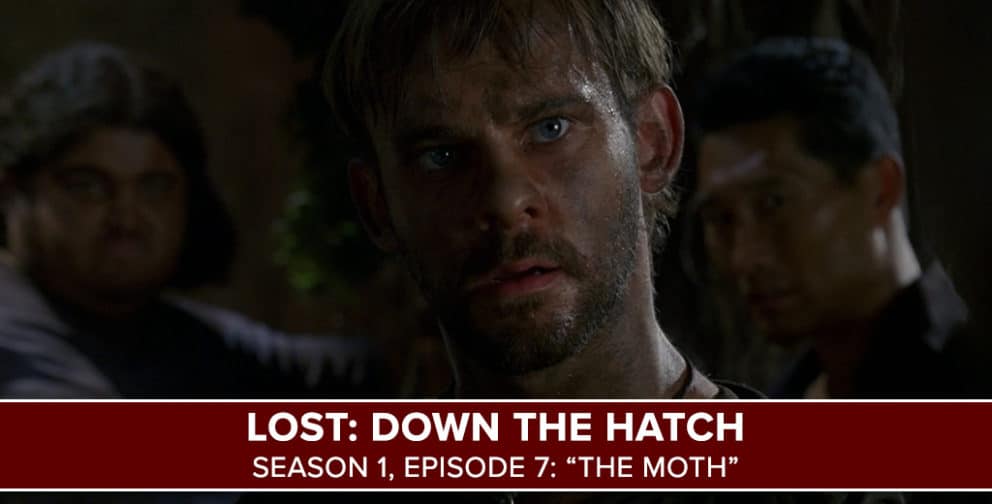 Josh Wigler (@roundhoward) and Mike Bloom (@AMikeBloomType) go Down The Hatch to talk about boars, bugs, drugs and bloody rock gods in their conversation about “The Moth,” the first ever Charlie Pace-centric episode of Lost.

In “The Moth,” Charlie Pace (Dominic Monaghan) wrestles with heroin withdrawal, and begs John Locke (Terry O’Quinn) for his drugs back. Instead, Locke offers Charlie a three-strike system with which to choose whether or not to return to his addiction. Charlie’s faith is tested both on and off the island as he reckons with his rockstar past and his rock god present, rescues Jack (Matthew Fox) from a cave-in, and ultimately chooses to become a moth bursting forth from a cocoon. (No Wilford Brimely sightings this time, sadly.)

Meanwhile, Sayid Jarrah (Naveen Andrews) concocts an elaborate plan to triangulate the French woman’s signal, leading to yet another jungle trek alongside Kate (Evangeline Lilly). When Sawyer (Josh Holloway) catches up with them to share the news about Jack, he instead decides to lie to Kate about the doctor’s health — another instance of the confidence man inflicting pain on both himself and others, a theme that will come into focus in Sawyer’s forthcoming first flashback episode.

“The Moth” was directed by Jack Bender and co-written by Jennifer Johnson and Paul Dini. It first aired on November 3, 2004.

The 23 Points Character Tracker, as of “The Moth” …