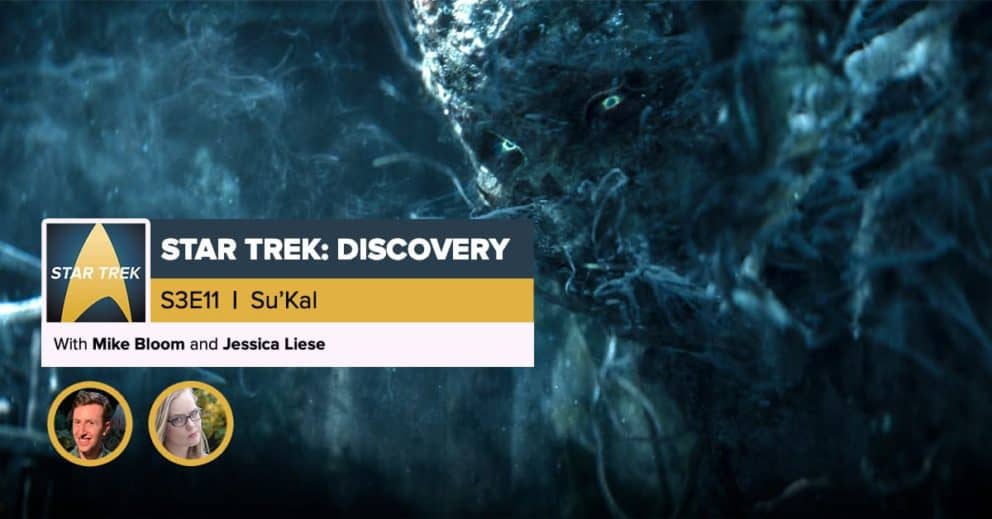 Jessica Liese (@HaymakerHattie) and Mike Bloom (@AMikeBloomType) are gripping their armrests to hang on during this week’s surreal episode of Star Trek: Discovery.

“Su’Kal” finally takes the crew into the Verubin Nebula as they closer into the question of “The Burn.” But the answer is far from what they expect, as threats from both inside and outside make the stakes higher than ever for the last two episodes of the season.

Jess and Mike will be bringing recaps of Star Trek: Discovery every weekend throughout season three. For feedback on the episodes, reach out to them or @PostShowRecaps on Twitter or email [email protected].
About Star Trek: Discovery…
After following Commander Burnham into the wormhole in the second season finale, season three of Star Trek: Discovery finds the crew of the U.S.S. Discovery landing in an unknown future far from the home they once knew. Now living in a time filled with uncertainty, the U.S.S. Discovery crew, along with the help of some new friends, must work together to restore hope to the Federation.
Star Trek: Discovery stars Sonequa Martin-Green as Michael Burnham, as well as Doug Jones, Anthony Rapp, Mary Wiseman, Wilson Cruz, David Ajala, Blu Del Barrio, Ian Alexander, Tig Notaro, and Michelle Yeoh. It airs weekly on CBS All Access in the United States and is distributed concurrently internationally by CBS Studios International on Amazon Prime Video in more than 200 countries and territories and in Canada on Bell Media’s CTV Sci-Fi Channel and OTT service Crave.
Beam up more Star Trek coverage:
Star Trek: Discovery | Season 3, Episode 10 Recap: “Terra Firma, Part 2”